Dum Dum Girls Put Us All Under A Spell At the Echo!

On Tuesday January 28th, I ventured to the very hipster venue, the Echo, to attend the record release show for Dum Dum Girls. Their third studio album is entitled Too True and it once again proves that they have charisma, great singles and a distinctive sound. Hailing from Los Angeles, Dum Dum Girls brought the frayed, heavy guitar riffs, breathy vocals and leading bass and drum beats that make their dreamy music so memorable. 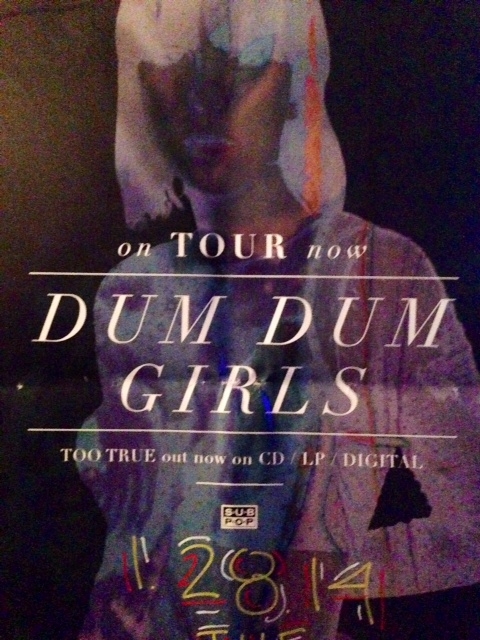 With each member wearing all black attire, Dum Dum Girls took the stage a little after 11 p.m. (thankfully, there were two great opening bands: Roses and Dream Boys) and plunged into their 15 song set, shifting the ambience from idle to active. “Rimbaud Eyes,” followed by their favorite to play live, “Season in Hell,” were the most memorable points of a set that glimmered from start to finish.

One thing is for sure, Dum Dum Girls own their stage. They are four tiny, serious girls with single stage names and killer matching tights. They immediately fill the room with an unexpected wall of attitude and sound. 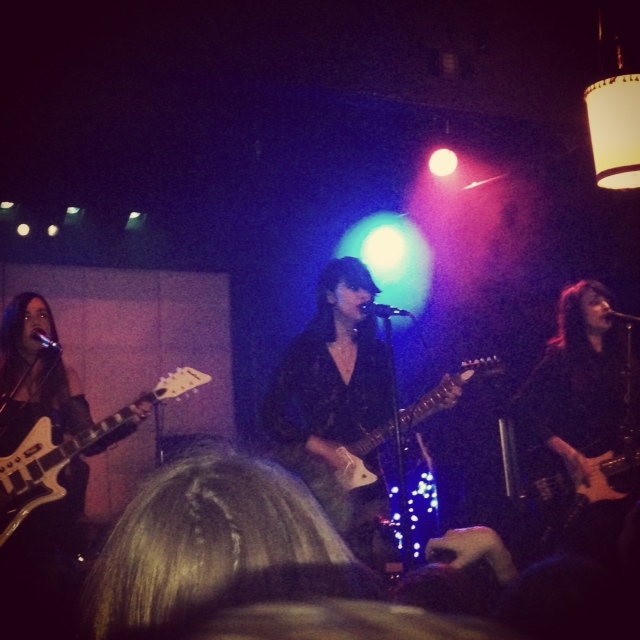 Lead singer Dee Dee Penny did not engage the audience with much friendly chatter beyond a hello after strapping her guitar on and getting to business. I would have to say that the band’s appeal is largely due to her. Firstly, her voice is sultry with an air of LA mystery that runs throughout the new album. Between bending her knees, shaking her bangs away from her eyes, and gently swaying to the beat in her vampire heels, it was hard for anyone to look away from Dee Dee. 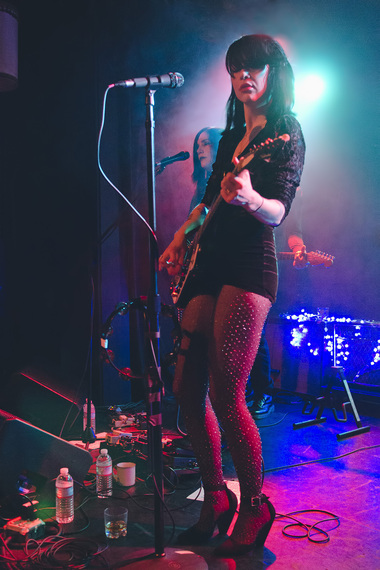 The entire audience including I were pulled into a Dum Dum Girls’ spell, wrapped up in their new wave world. My only wish is that they would have played their brilliant Smiths cover of “There Is a Light That Never Goes Out.” Maybe next time.