With a whopping 135 #1 Billboard Dance tracks and four GRAMMY‘s including Record Of The Year and Best Remixed Recording, its clear DJ & producer Dave Audé knows his dance music. These talents and golden ear have allowed him to work with artists such as Lady Gaga, Madonna, Katy Perry and Selena Gomez (to name a few). Given the types of artists he was working with, Audé developed a strong LGBT following which has provided the opportunity for him to perform at countless gay clubs as well as Pride events and see himself as part of the gay community as an avid supporter and advocate.

Now he’s combined his mastery of dance music with his longtime relationship with the LGBT community to curate the perfect playlist to help celebrate the final month of Pride. Get the party started by checking out each of the songs below + the full playlist on Spotify:

This is one of the most special remixes I’ve produced and still lights up the dance floor every single time whether you know it or not. What a great message!

Born and raised in Los Angeles, “Neon Moon” wasn’t on my radar. When I moved to Nashville four years ago, this was a song that seemed to be everywhere and when I heard Cody sing it, I knew what had to be done. Thanks Ronnie Dunn for writing an amazing song.

In my opinion, this huge anthem might be the best song for PRIDE as a whole. I’m not sure if Ultra knew how special of a song she wrote, but this song about empowerment is a song every person on the planet can connect to and when you play this one, the entire crowd erupts every single time, hands in the air!

4. Keala Settle, The Greatest Showman Ensemble “This Is Me” (Dave Audé Remix)

LeAnn really nailed the message here, how can anyone disagree? I produced a pretty cool version for radio on this one as well as a disco club version that never disappoints.

What do you get when you combine one of the greatest vocalists of all time and 2 remixers at the peak of their career? This absolute MONSTER is the definition of an anthem.

Cult Classic + LeAnn Rimes + Diane Warren = Huge record! Thanks to Curb Records for asking me to put my spin on this gem.

Most people probably consider this their Pride Anthem. This is one of those songs everyone knows, no matter who you are or where you came from. When that chorus hits, you can pull down the fader and let the crowd sing. It’s a no brainer for anyone playing a Pride event.

I’ve been very lucky to remix a few songs for Demi, and like a few songs on this list, this one has turned into an anthem seven years after its release, gotta love the internet!

Named on the best dance songs of all time, another Anthem with the lyrics “Pride, A Deeper Love” really drive home the message represented at PRIDE, and it’s also a record that inspired me early in my career. Thanks to the super production duo David Cole & Robert Clivillés for the inspiration.

June also marks the release of Audé‘s latest single, “Neon Moon” (which can be found featured as the #2 song on this playlist) which is an ode to the original version by Brooks & Dunn that came out in 1992. He taps country singer and The Voice alumni Cody Belew for their version of the #1 hit song. The song is just a taste of what people can expect from Audé‘s upcoming album that drops later this year. 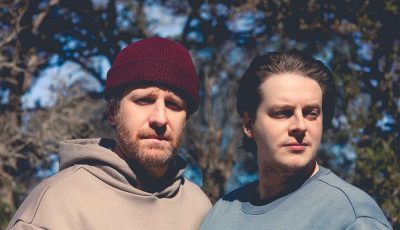 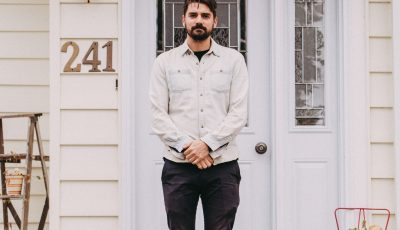 And Interview With Singer-Songwriter, TIM BAKER On His Latest Music