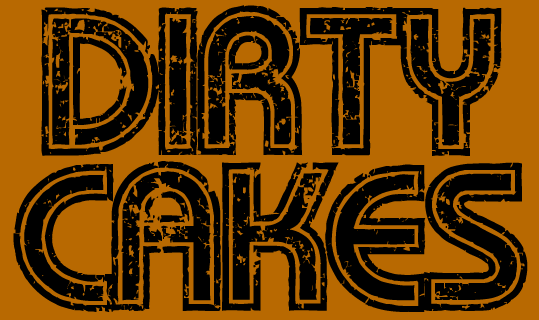 In a recent interview, acclaimed musician and radio personality, Charley Tichenor IV, goes into detail regarding his new “psychedelic desert grunge rock” outfit, Dirty Cakes. Intellectually breaking down his opinions on being a musician in Los Angeles, the existence of Grunge, and the mainstream music scene, Tichenor eloquently points out Dirty Cakes similarities to existing successful acts and their sonic symbiosis of sound and style to create a groundbreaking genre all their own. By learning from their predecessors with respect and reverence, Dirty Cakes’ brand of rock attempts to represent an homage and maturity in style that has and will continue to make a noteworthy impact on the modern music scene.

Tichenor understands what has worked in the past to succeed in the music industry and looks at striking a resoundingly different chord in forging a new path for the rock genre’s stereotype for success. Through an ingenious use of social media and organic interaction with fans, peers, and the press, Tichenor has deftly maneuvered Dirty Cakes to take the industry into a unique direction. With international interest mounting, it will not be long before Dirty Cakes finds their sound echoing across the airwaves and into the hungry ears, hearts, and minds of audiences everywhere.

I grew up in the D.C. area…ironically enough, in the same neighborhood as Dave Grohl.

I think that the town and its culture breed a level of drive, intelligence, and an ingrained distrust of authority.

It also had some of the best radio stations ever…
WBIG 100.3 – I religiously listened to the Top 10 at 10 for over a decade and of course, DC101 and WHFS – some of the best rock stations in the country. Not to mention WJFK 106.7, back when it had Howard Stern, Opie & Anthony and Don & Mike.

How do you feel about living, working, and playing in LA?

Los Angeles is the City of Angels, but it also serves as the Sanctuary of Demons. As one who believes that I am in touch with the cherubs on either shoulder, it may just be the perfect place on Earth to live and to cultivate the Dirty Cakes sound. The celebration and vilification of all things debaucherous are as plain here in everyday life as Earth, Fire, Wind, Water, and Heart…CAPTAIN PLANET!

What is psychedelic desert grunge rock? Why is that Dirty Cakes style?

Psychedelic Desert Grunge is our own brand of Rock and Roll.

Grunge roots itself in the spirit of 60s Garage Rock, and the Punk ethos of the early 80s, with a healthy respect for noise and picks up where pre-1975 American & British rock sounds left off.

Desert Rock employs a similar respect for Punk and pre-1975 American & British rock. However, it also incorporates the HEAVILY detuned and Groove-centric orchestrations of NuMetal without the pomp and circumstance resulting from Major Label packaging deals designed to sell to a post-grunge/pre-emo marketplace desperate for heavy music while simultaneously wanting a sound all its own; i.e. Pantera, Deftones, Sepultura and Korn.

Lastly, the Psychedelic element comes from the love of Freakouts and Modulation derived from bands like The Zombies, Pink Floyd, and Frank Zappa. This gives a certain character of excitement and the occasional nonsensical beauty to an otherwise straightforward approach to songwriting.

As for why that is our style, the result of when we write and perform songs grounds itself in us having fun and producing something of real tangible value. It sounds like the music that we grew up listening to with a touch of our own imagination and personal character. Our Dirty Cakes duo do not claim to be musical savants, but our functional musicianship, along with our tireless efforts to represent not only ourselves but the very specific pedigree of art that we are eager to be recognized as a part of has resulted in the creation of something that we and our fans find to be viscerally compelling.

Is Grunge dead, was it ever alive, and where do you see yourself fit within the lexicon of musical history?

What exactly would you claim has died? I would say that the organic combination of the specific sociological dichotomy that existed between the Blue Collar and White Collar Reagan-Era citizens of a musically isolated region with bad weather (Pacific Northwest), which was necessary to create the iconic mixture of Heavy Metal, 70’s Rock, Punk, and 60’s Pop was what was coined Grunge. I would say that once that sound was monetized on a global scale and no longer had the ability to evolve sans external input, then, I would say yes, in that way Grunge was dead. However, that only applies to the foundation of principles that serves as the basis for the Grunge Ethos.

I would argue that in much the same way you could claim that the British Invasion died in 1970 with the disbanding of The Beatles, catchy groove-centric musical pieces based in simplicity and a respect to the contemporary, developed by a small group of hard working individuals across the United Kingdom, have resounding examples throughout the decades. With respect given to The Clash, Oasis, or even The Gorillaz, not to mention the on-going efforts of Ray Davies or the Rolling Stones, one could say that in that way, the British Invasion never died, it only matured. Hey, Alice in Chains AND Soundgarden just put out new records. The Melvins never stopped recording. Even Mudhoney is on the road from time to time and they still kick ass! MARK ARM IS A GENIUS!

As a performer, I have always been inspired by influences and have incorporated them. I feel almost any honest person would admit that. However, I do not think that we always emulate our influences fully. There are some who we emulate it in spirit or ethos more than in actual performance. It would be too disingenuous to ourselves to try to copy the stage moves of every frontman, the licks of every guitar player, and every outfit that Elton John or Freddie Mercury or David Bowie wore. Dirty Cakes thinks that as true artists and performers with our own identity, it is your responsibility to create your own place in the scheme of things and that the very particular combination therein is what defines us.

If I had to go all High Fidelity, and make a Top 5 list of Who Influences Me as a Musician and Performer I would say…

In your opinion, what is the difference between music/noise, Art/trash, Mainstream/underground?

They say, “Beauty is in the Eye of the Beholder” & “One Man’s Trash is Another Man’s Treasure.” What truly differentiates Music from Noise, for me, is the intent of the individual experiencing it. It’s about perception; listen to Frank Zappa or Captain Beefheart or for that matter, Edgard Varese. That IS music, but it’s also noise, much like a large portion of the work from The Melvins. It can be asymmetrical, it can be non-linear, as long as it makes you feel something then it is art, and one can usually classify sonic art as music.

As for trash, again, it is all perception, but I can tell you that on the street corners of any good metropolitan area there are musicians taking trash and making it art, and getting paid lunch, drug, and booze money by passersby, which in its own merit warrants a value placed on it.

The Mainstream music is conceptually a marketplace for items that are Not Too Niche. Underground is music that at its base is either, too weird, managed poorly, or just plain, not good enough for mass consumption. Usually, this is the case. It’s as simple as that.

The further from the current you travel, the less fish you will catch. The sea is full of lone predators, but very few new species get to take a place on top of the food chain, and they usually start out as a member of the herd that specializes. Eventually, they are cast aside or driven from the pack.

Some would argue that no great art fits in the mainstream. That truly great art creates its own current, Liechtenstein and Nirvana, Black Sabbath and Nikolai Tesla, ee cummings and Little Richard, Kraftwerk and Man Ray, have all created their own current, with their own style, with their own voice, but none of them were created from nothing. They took what they found in the mainstream and conformed their desired mediums to fit their desires. They achieved this only after utilizing truly excruciating imperfect examples of the scientific method and artistic odyssey’s of the mind and spirit. Eventually and finally, they were able to craft what they are known for today.

It’s not about who you know. It’s about who knows you…and why.