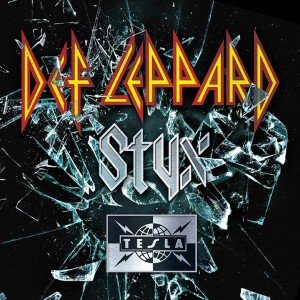 On Sunday September 20th, hard rock fans at the Los Angeles Forum were transported back to a time when dueling guitar solos, great vocal harmonies, and big drums ruled the airwaves and arenas.  With a billing that included Def Leppard, Styx and Tesla, this show would be a must see for any rocker!

” … hard rock fans at the Los Angeles Forum were transported back to a time when dueling guitar solos, great vocal harmonies, and big drums ruled the airwaves and arenas.”

Tesla opened the show with an electrifying set that featured Jeff Pierce’s piercing voice, backed by Frank Hannon and Dave Rude on electric, acoustic, and 12-string guitars, Brian Wheat on bass, and Tony Luccketta on drums.  Tesla performed their power ballad “Love Song”, “Modern Day Cowboy”, “Little Suzi” and their version of the Five Man Electrical Band song “Signs”.  Tesla delivered on a great rock show with plenty of songs that are still worthy of being on any rock playlist.

During the intermission, I was surprised how many millennials I noticed coming to see these great classic rock bands. I struck up a conversation with a man in his mid 20s who told me he had won tickets to the show.  This was the first time he’d ever seen any of these bands.  I assured him he would not be disappointed. 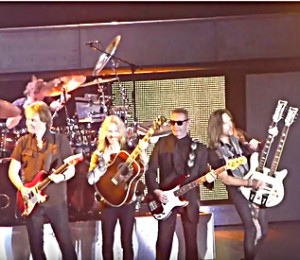 Styx then took the stage coming right out of the gate with the title track to their “Grand Illusion” album.  This was followed by their MTV era hit “Too Much Time On My Hands”, and Tommy Shaw’s distinctive voice and acoustic guitar work on “Fooling Yourself” (featuring a guest appearance by original Styx bassist Chuck Panazo). 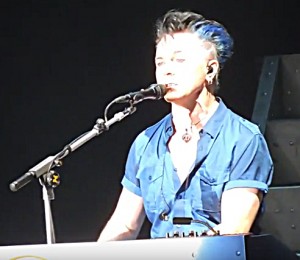 Sporting a new haircut, Styx vocalist/keyboard player Lawrence Gowan sat down at the piano and announced that NASA had recently named one of the moons of Pluto “Styx” (possibly after the band – or maybe that well-known river in the afterlife.)  Either way, Gowan then brought every couple in the house closer together playing “Lady,” which one of the greatest love songs ever.

Guitarist James “JY” Young then kicked things up a notch with his blazing guitar intro on “Miss America”.  This was followed by Tommy Shaw’s high energy vocals and equally great guitar solo on “Blue Collar Man.”  All this was backed by drummer Todd Sucherman and bassist Ricky Phillips who are no doubt one of the best rhythm sections in the business.  It was about this time, that the young new fan I’d met earlier tapped me on the shoulder and mentioned that this band had more energy than a lot of the newer bands he’d seen.

With our ears still ringing from these rockers, Lawrence Gowan again took a solo seated at his piano.  He commented on the photos that hung in the halls of The Forum, and he mentioned some of the legendary artists who had performed there including: Elton John, Billy Joel, Queen and others.  (He then played some snippets from each artist commenting that tonight the Forum was the biggest piano bar in L.A!)

Gowan really got the audience going when he mentioned it was Freddie Mercury’s birthday, and then jumped right into the middle section of “Bohemian Rhapsody” building the song up to a climax that sounded just like the original.  Then he brought everything to a screeching halt at the point where Brian May’s guitar solo comes in. (After all, it was a piano solo).

After taking a quick breather from that, the familiar notes of “Come Sail Away” filled the arena with Chuck Panazo stepping back into the spotlight on bass.  This segued nicely into “Rockin’ The Paradise” and their encore “Renegade”. 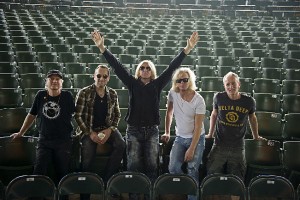 Headliners Def Leppard kicked off their set with “Rock! Rock! (Till You Drop)” followed by “Animal”.  Then they played every air guitar player’s dream song “Let It Go”, from their “High ‘n’ Dry” album. 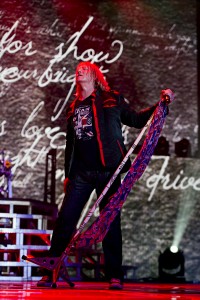 Def Leppard’s high energy set also included the hits “Foolin'” “Love Bites,” Armageddon It,” “Rocket,” “Bringin’ On The Heartbreak” “Let’s Get Rocked,” and of course, “Pour Some Sugar On Me.”  Another highlight of the show was the guitar instrumental track “Switch 625.” 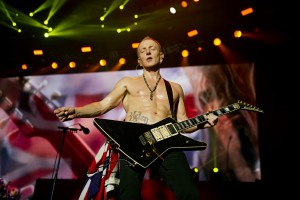 Joe Elliot’s vocals, mixed with the wild licks of guitarists Phil Collen and Vivian Campbell, backed by Rick Allen’s drums were all unmistakable.  Bassist Rick Savage stepped out front to play a well-executed solo that segued nicely into a cover of the David Essex song “Rock On”, while Elliott added that Def Leppard signature voice that made it their own.  Joe Elliott then single handedly got the crowd singing along with him as he strummed his acoustic guitar on “Two Steps Behind” from the “Last Action Hero” soundtrack. 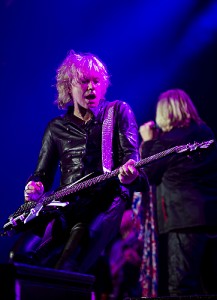 Elliott also took a moment to introduce a “happy and healthy” Vivian Campbell on guitar assuring the crowd that his fellow band mate was winning in his battle against cancer.

The show also included three dimensional video effects on screens that were both on the stage as well as behind it.  During “Hysteria” the video screens streamed flashback photos of the band’s lineup in their early days prior to the passing of guitarist Steve Clark who had been replaced by Campbell in 1992. 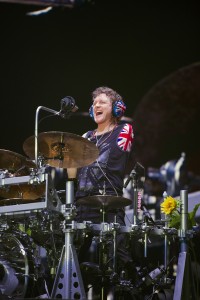 Def Leppard finished up the show with an encore that included “Rock of Ages,” and “Photograph”, again showing clips of the band at various stages in their career.  This was a fitting end to a concert that will surely bring back memories for fans young and old.

An Interview With Rapper, FETTY WAP on His Debut Album, His Rise To Stardom and More! 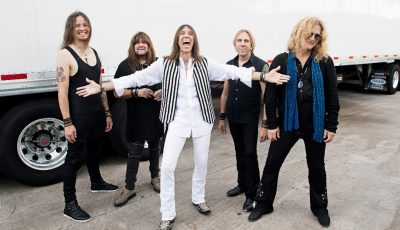 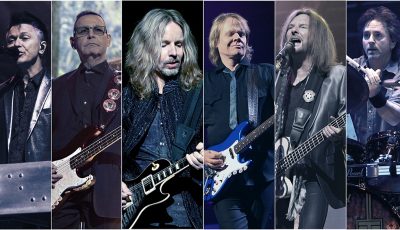