Does the name D.A. Wallach sound familiar to you? You may remember him as part of the Harvard based alternative Rock duo Chester French. CF was signed to Pharrell’s Star Trak label with Interscope Records in 2008. This got him his first taste of stardom, performing songs with big names like Diddy, Janelle Monae, Rick Ross, and more when building up to the release of Chester French’s acclaimed album, Love The Future. After parting ways with Star Trak, D.A. stayed on the cutting edge of music and entertainment by working as the resident artist at Spottify.

His work in new media business has allowed him to spread his wings and give his music career a revival. Forbes has named him one of its 30 Under 30 and Fast Company has named him one of the 100 Most Creative People in Business. Perhaps, that is why he’s been able to create a new opportunity  for his for his interesting and acclaimed music at Harvest/Capitol Records. We’ve collected some great stuff of his, and made him March’s artist of the month at Clizbeats.  Click here to check him out!

Pharrell Talks Very Humbly About Miley Cyrus, And Politely Asks You To Check Out “His Best Work” G.I.R.L> 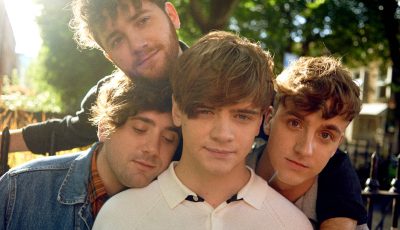 An Interview With the Irish 4-Piece Band, THE ACADEMIC!