The genuine excitement to be back in an arena full of people was clear from the second she took the stage – and shared with the audience who welcomed the singer ahead of the night’s co-headliners. “I am so ready to see Blake and Gwen but you gotta put up with me for five more songs!” Guyton joked before going into “Different.”

Personable and charming, she commanded the stage and did it so well I overheard guy behind me say, “Wow I like this girl.”

That new fan’s sentiments will likely be shared with the rest of the country as the Crypto.com Arena – with a capacity of 20,000 – wasn’t even going to be Guyton’s biggest stage for the weekend with her scheduled to perform the National Anthem at the Super Bowl tomorrow.

In that spirit she closed with her patriotic anthem, “All American.”

Before dashing off the stage she calls out “Thank you for welcoming me here tonight! I’m Mickey – like the mouse – and Guy who weighs a Ton.”

The lights came back up and you could tell the arena was ready for Gwen Stefani in what would be considered a hometown show.

Teasing the audience with a few distinct notes from her hit – “Sweet Escape” the lights dropped and the crowd roared as the singer took the stage to perform the single – “I said clap your fucking hands!”

As a veteran in the industry she instantly mesmerized the venue with style and a level of coolness that felt effortless. The hits kept coming as she took it back to her days in No Doubt with “My Life” followed by her solo “Rich Girl.”

Her self-awareness was on display as well – “Over the years I’ve shared my story and some these songs suck. It actually hurts my heart to perform some of these…but I do these songs for you.” “Ex-Girlfriend” followed and if anyone in the audience thought the song sucked, it didn’t stop them from singing right along.

There wasn’t a song performed the arena didn’t sing along to as she ran the gamut of songs like “Don’t Speak,” “Cool” and “Just A Girl.”

“I don’t think you guys are ready for this one,” as “Hollaback Girl” closed out the set. The shit was bananas.

The pop moment – complete with costume changes and backup dancers – would seem out of place sandwiched between two country artists on paper but in practice it worked and gave her husband Blake Shelton a high bar to follow – and one he was aware of.

“The main difference between my set and Gwen’s,” Shelton reveals halfway through his performance, “is that you were all singing along – and don’t tell me you weren’t cause I was in the crowd!”

Although, he had nothing to worry about as singing was not in short supply for his set either. “Neon Light,” “Honey Bee,” “God’s Country,” “Austin,” “Boys Round Here” and a cover of Michael Buble’s “Home” found their way into his just over an hour long time on stage.

The couple had performed plenty of times together but this was their first time co-headling. So it came as know surprise that Gwen returned to assist Shelton with their two collaborations – “Happy Anywhere” and “Nobody But You” towards the beginning of his set.

“Normally when we have a show where Gwen comes out its normally at the end and it’s a big deal. But she wants to start drinking tequila so we’re doing this early!” Shelton tells the crowd.

He wrapped with “Boys Round Here” and “God Gave Me You” as night two of the Bud Light Super Bowl Music Festival came to a close.

Night three wraps with Miley Cyrus and Green Day. Tickets and information can be found HERE. 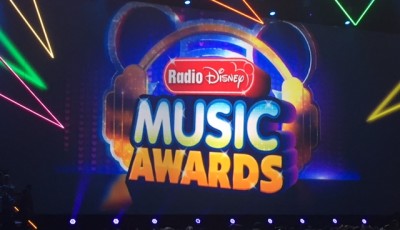 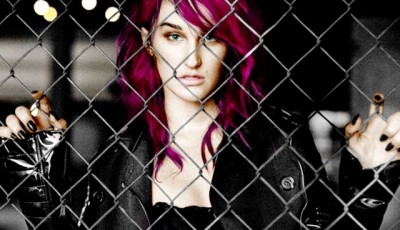 Pop-Rock Singer, CAMRYN Discusses Opening For One Direction, Her Newest Single, “Machines”, Her Love of Beyonce and More!