Clizbeats Traces The History Of Pharrell Williams And Daft Punk’s “Get Lucky.”

By Matt Clizbe
One of the reasons we like doing commentary on articles we’ve written as a feature on All Access is because we love learning and explaining how things connect in the music industry to make the hits that we all know and love.  It is that passion for studying how the worlds of music connect that inspired our interest in covering the most recent Daft Punk hit, “Get Lucky” featuring Pharrell Williams and Nile Rodgers. As an All Access reader you may already know that the song is a major hit across the world that has scored some early adds from key US radio stations.  What you may not know is that this fantastic smash of a song has probably been brewing in one way or another behind the scenes for years, and its success is the perfect example of the song being in the right hands at the right time.

While promoting the single in a fantastic Columbia Records mini documentary presented by Vice and Intel, Pharrell mentioned that he met “the robots” (a nickname for Daft Punk) at a Madonna party.  We know from our own interactions with Pharrell, that he was working heavily on 6 tracks for Madonna’s Hard Candy album back in 2008.  Therefore, our educated guess is that the party he’s referring to happened at some point around that time.

This is significant because in addition to his work with Madonna around that time, Pharrell released two albums from his own band N.E.R.D.  The second of those albums Nothing, chronologically occurred after the Madonna Hard Candy promotional period that we think he’s referring. Nothing features a Daft Punk co-production with The Neptunes called “Hypnotize U” as one of its main singles. We would even venture to say that “Hypnotize U” sounds like the Hip Hop cousin to the recently released “Get Lucky.”  We would also venture to say the beginnings of this smash hit track probably happened in some capacity during Daft Punk’s work with N.E.R.D.

What differs between the two songs is the fact that “Get Lucky” incorporated the more relatable Funk sound of Chic’s Nile Rodgers, and it was released after Daft Punk’s international public profile was elevated by their work on the critically acclaimed score for Walt Disney Pictures’ Tron Legacy. You can read how we came to this conclusion, check out related music videos and that cool mini doc, in our article, Pharrell And Nile Rodgers Inject Their Soul Into “Get Lucky.” We hope you enjoy it. Click here to read it. Cheers. 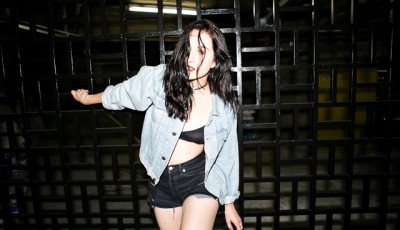 An Interview With Past Voice Contestant, SUGAR JOANS On her Debut Single, “NVR” and More! 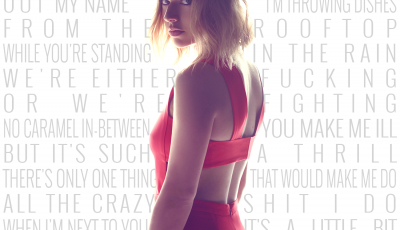 Q&A with ZZ WARD – The Woman Whose “Energy evokes Tina Turner’s, her chops Aretha Franklin’s and her soul Etta James.”