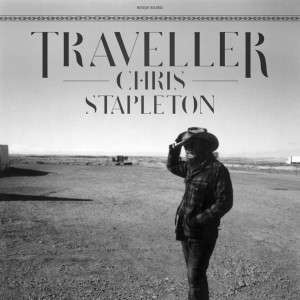 Chris Stapleton, the current king of country music based on his Triple Crown wins at the recent CMA Awards, last Friday held court at the aptly named El Rey (The King) Theatre in Chico, CA, where he performed in front of an adoring throng thirsty to hear tunes off his hit record Traveller. By the end of the set, the 700 or so lucky souls to have scored tickets to the show filed out of the venue swigging their final drops of beer, still thirsty to hear more, while more than satisfied with what they’d heard.

Stapleton hit the stage opening with the tremendous title track to his universally lauded debut Traveller, which should be noted remains at No. 1 on the Billboard 200 chart for a second straight week. Next, the Kentucky-born headliner held to the album’s track list by firing straight into “Fire Away,” showing off a vocal range that stretched from soft to soaring, followed by the George Jones gem “Tennessee Whiskey.”

After launching into the redemptive “Parachute” it seemed quite apparent that Stapleton was set to serve up every song on Traveller in order, straight with no chaser. And that’s just what he continued to do by pouring his heart into the Willie Nelson-like “Whiskey and You.” But he bucked the trend when he instead “chased” “Whiskey and You” with “When the Stars Come Out,” a tune he told the crowd he co-wrote with accomplished songwriter and former Semisonic member Dan Wilson, perhaps best known for penning the hit “Closing Time.” Next, Stapleton again shifted gears, pulling out the significantly less boozy and abundantly bluesy “Might As Well Get Stoned.” 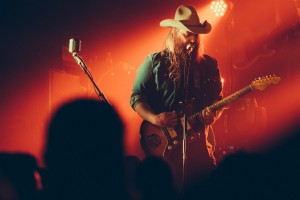 Stapleton seemed quite content to let his music do the talking while he’s onstage. While refraining from much banter with the audience, he did engage in a little repartee when he teased the crowd with just a taste of the guitar intro to Lynyrd Skynyrd’s “Free Bird” before joking, “I thought I heard someone yell out for this one,” followed by the lonesome road saga “The Devil Named Music.”

The Chico show’s setlist was rounded out by “Was it 26,” “Nobody to Blame” and “Outlaw State of Mind” before Stapleton stepped offstage, only to return to deafening cheers for an obligatory encore. The audience’s appetite for more was satiated with the excruciatingly beautiful, bluesy and soulful “Sometimes I Cry,” with Stapleton’s wail practically blowing off the venue’s ornate roof.

The CMA Awards winner for Album of the Year, Best New Artist and Male Vocalist of the Year will wrap his current run of shows tonight at the El Rey Theatre in Los Angeles before taking a well-deserved break ahead of what promises to be a Tennessee whiskey-fueled New Year’s Eve gig in Nashville at the Jack Daniel’s Bash on Broadway. Visit Christstapleton.com for more details.

An Interview With The Swedish Singer-Songwriter, PAUL REY On The Ins and Outs of His Career So Far!

Listen As Musician/Songwriter/Producer, RICKY REED Discusses His Past Favorite Projects, Upcoming Plans For His Band, WALLPAPER and More! 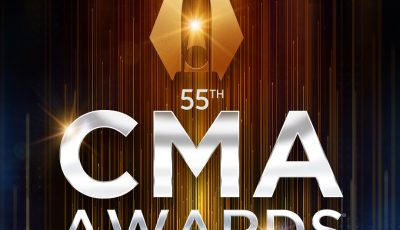