Last week marked the debut of Nick & Knight, a newly formed “super group” duo of Backstreet Boy Nick Carter and New Kids On The Block’s Jordan Knight. The two veteran Pop stars announced the news via ABC’s Good Morning America and the nationally syndicated Wendy Williams Show. They revealed that their new collaboration would include the release of a full-length album of new original songs, and a 39-city tour. The album will be released on September 2nd, and the corresponding tour will kick off on September 15th in Nashville Tennessee.

As an All Access reader, you may remember that Clizbeats’ personal relationship with Nick has allowed us to have several conversations with him about this career. We followed that successful track record with a layered interview feature with Jordan Knight about the resurgence of New Kids On The Block. Both interviews were stand outs amongst Clizbeats readers. Click here to check them out, get specific Nick & Knight tour dates, and check out the duo’s new song “Just The Two Of Us.” Enjoy! 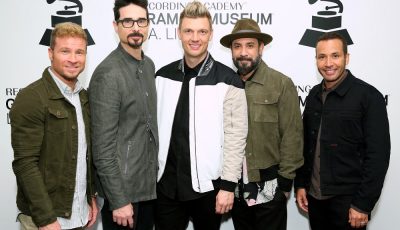