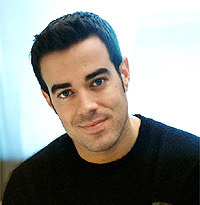 It’s been a bit of a controversial week for Lady Gaga.  Following the release of her new single “Applause,” Mother Monster has gotten herself into a war of Twitter words with former friend, gossip blogger, Perez Hilton. As reports have indicated, the “Born This Way” singer tweeted claims that Hilton was stalking her. Perez naturally reacted, but did so in a relatively calm and collected manner. He broke the whole story down for 97.1 AMP Radio’s Carson Daly earlier this week.

As Carson goes on to indicate in his conversation with Perez, he felt that Gaga was in a very good place when he interviewed her only days before all of this happened. He does a great job contextualizing the whole situation, and the interview he did with Gaga was top notch too. Click here and find out why we think so. Cheers!