Capital Cities Brought a Dance Party to The Grove! 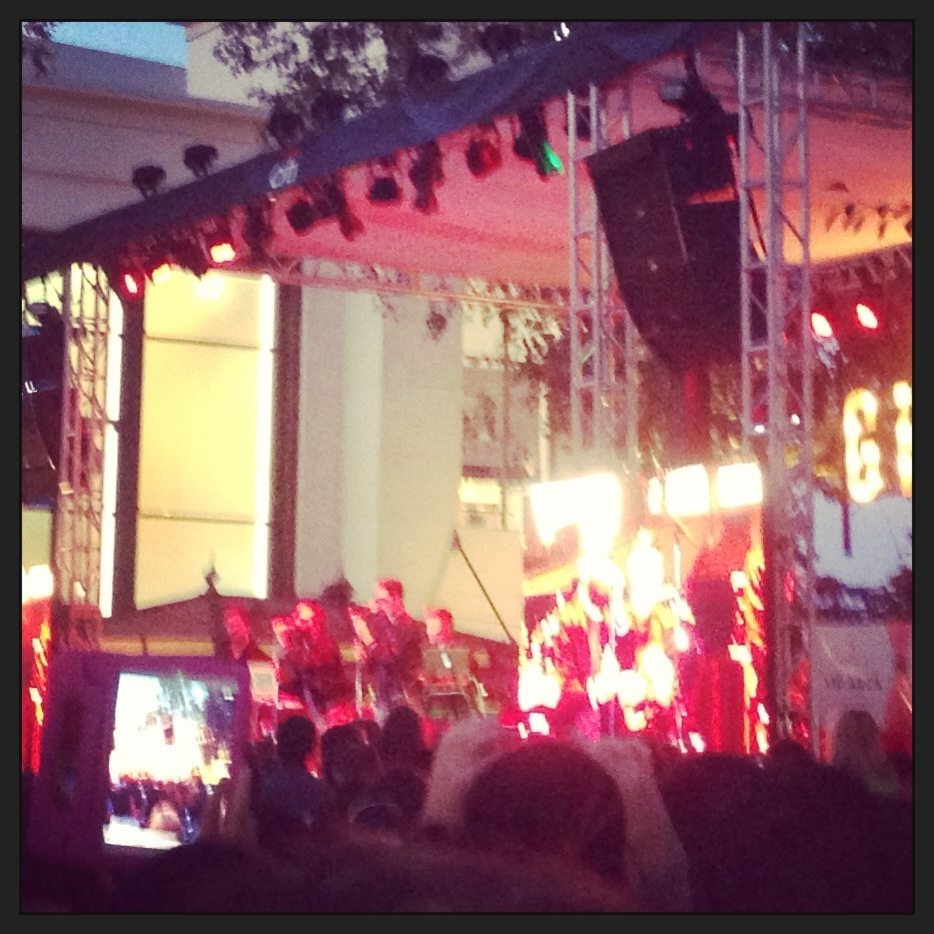 On Wednesday, July 24th, I was treated to a free show at the West Los Angeles shopping area, The Grove, by the L.A.-based synth pop band, Capital Cities. With their shiny black silk jackets, singers Ryan Merchant and Sebu Simonian looked like a couple of nerds who stumbled into a band. And that’s not far from the truth as their self-titled and self-released 2011 EP turned them into an Internet sensation. Their live show was quite the dance party and they had the crowded boogieing all over the place.

Along with playing about 8 or so of their own songs, they also threw in a few familiar cover songs too. Capital Cities graced the crowd with covers of The Bee Gees, “Stayin’ Alive” and Madonna’s “Holiday”.

Capital Cities effortlessly won over the audience with an exciting blend of funk, soul, pop, rock, and dance music. The band is currently crisscrossing the United States in support of their major label debut, In A Tidal Wave of Mystery. Their single “Safe and Sound” has become a radio hit and is currently sitting at #3 on the Billboard Alternative Chart.