Interscope Records must be given a huge thank you for introducing a few of us here at All Access Music Group to the incredible performer, Frank Turner. He entertained us all at a show at the Roxy Theater on Wednesday, March 6th. 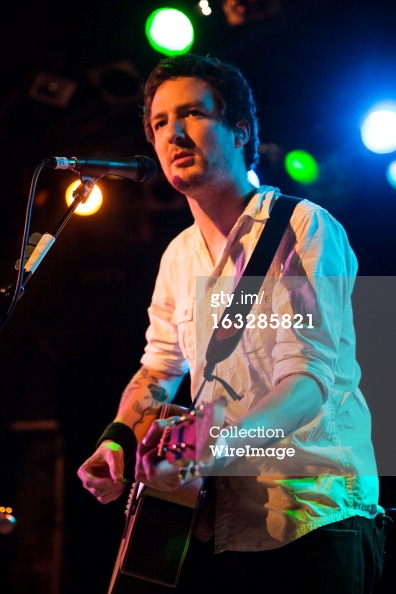 Opening for Frank Turner was label mate, Jamie N. Commons, an Alternative artist from Britain whose gravely vocals and tight, rocking band quickly won over the crowd. That was followed up with food and drinks next door at the Rainbow Bar and Grill and then it was back to the Roxy Theatre for a fantastic performance given by British folk/punk singer-songwriter, Frank Turner & The Sleeping Souls.

His stage presence was charming and energetic and he seemed just as eager to be at the show as everyone else was. Both Frank Tuner and the packed house gave all their enthusiasm. He was very interactive with the crowd, encouraging everyone to dance however they wanted- so long as they were dancing. He played a few new songs from his upcoming album, along with the classics that just about the whole crowd knew the words to. Songs like “Photosynthesis”, “I Want to Dance” and “Substitute” were big hits with the audience.

The end of the night even found Frank Turner crowd-surfing!

Too Cute for Words, Boy, Perform at The Troubadour 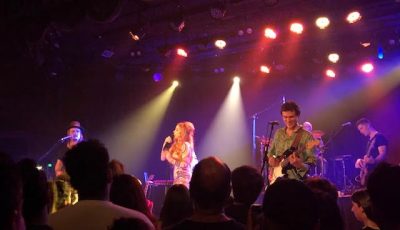 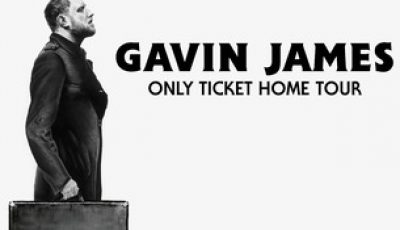 GAVIN JAMES Begins His US ‘Only Ticket Home Tour’ At LA’s Roxy Theatre!