Even an hour before the special Evening With Backstreet Boys at the Grammy Museum began on Monday April 8th, there was a line formed outside the building full of mostly eager woman wearing vintage BSB gear. They were excited to be among the first to check out the Backstreet Boys exhibit, “Backstreet Boys: The Experience.”(Officially opened on April 10)

They were also waiting in line to hear the boy band discuss their almost 26 year-long career in an intimate interview moderated by KISS-FM’s JoJo Wright. Yes, for over an hour, Kevin Richardson, Nick Carter, Howie Dorough, A.J. McLean and Brian Littrell took the packed theater at the Grammy Museum down memory lane. 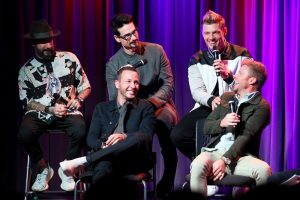 Among the highlights, they talked about first joining the group and meeting each other, the infamous Black & Blue jet, their difficult relationship with their ex-manager and BSB founder, Lou Pearlman and how all met their wives. Fans in the room were thrilled when the guys revealed at one point that they would be putting out their very first Christmas album this fall. 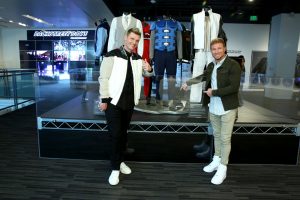 As far as the exhibit goes, this one-of-a-kind ultimate fan exhibition at the Grammy Museum features the boy band’s mementos, including childhood photos, wardrobe, awards, music video memorabilia and much more. This exhibit will be on display at the museum until September 2nd.

“From the beginning of our career, we have always made it a priority to interact with our fans,” says AJ McLean. “This exhibition is a perfect way to share our favorite memories with the people who made our dreams a reality.” (Taken From The Grammy Museum Website)

Check out more pictures below from the exhibit: 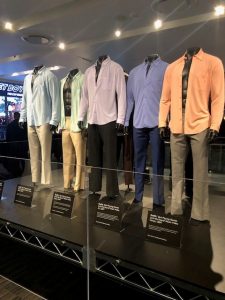 These are the original “Quit Playing Games (With My Heart)” shirts 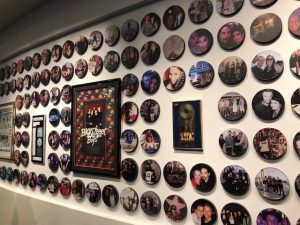 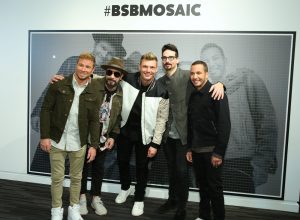 Stay Up to Date on Grammy Museum Events Here: https://www.grammymuseum.org/

Known As “The Singing Chef,” ANDY LO RUSSO Discusses How He Got That Name And What’s Next For Him