“Back To The 90’s” Creator JENSEN REED Discusses The Video, More New Music and More! 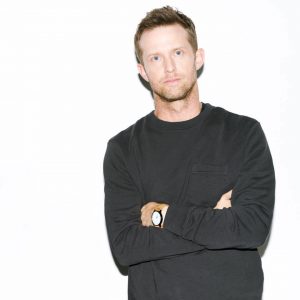 Meet Jensen Reed! “Back to the 90’s” is his latest release alongside his friend, Ben Giroux. The video has been viewed over 40 Million times on Facebook, and is currently climbing the Billboard charts!

The nostalgic video and catchy track have won over the hearts of millions (literally) and resulted in features with Billboard, Just Jared, Perez Hilton, Buzzfeed, 104.3 My FM, KROQ,  Pop Sugar, CBS Phoenix, and KTLA.

Jensen Reed is simultaneously working on both his joint project with Ben Giroux and his own music. His newes single, “You Can’t Stop Me (ft. Alexa Melo)” is a pop rock track and flares with Alexa providing both epic vocals and guitar combined with Jensen‘s sleek verses.

Learn more about Jensen in the following All Access interview:

Thanks for your time! What are some words you would use to describe 2016? How has 2017 been treating you so far? Musically, did you approach this year any differently then you did last year?

In 2016 I made it a point to hone my songwriting skills. I took some Berklee Music classes and also released a few songs and videos. I started 2017 with a focus on finishing my new music and also exploring the co-writing for other artists. Then “Back to the 90s” happened…

Where does this interview find you today? Is there music playing in the background? If so, what is it? What kind of music do you listen to when you are working? What music gets you instantly out of a bad mood?

Whenever I’m working, I always have Spotify on. Right now I’m listening to the new album from Washed Out. Most of the time I like working with chill indie music playing; The xx, Toro y Moi, The National, etc.

Growing up, did you always want to be a musician? Can you recall your earliest musical memory?

I was always drawn to music at a young age. I used to listen to the oldies radio station in the car with my Mom and loved those songs. I can remember putting on Michael Jackson shows for my family in our living room where I would dance and lip sync. I guess without knowing it at the time, performing was in my blood.

I’m fortunate to have a solid Voice Over career going while I also do music. Voice Over has been a great way to create income because the current music biz is so tough. If I didn’t write music, there would be a giant creative hole in my being.

I always like to ask artists about where they came from and how that city or town has influenced them as an artist now. So how do you think your hometown has shaped who you are as a musician and the art that you create?

I’m from North Carolina. I went to UNC Chapel Hill…Go Tar Heels! I love Dirty South hip-hop (Outkast, Goodie Mob). I played a lot of shows in NC that prepared me for my move to LA 10 years ago. When I landed here, I had the confidence that I could compete on stage and in production. I also like to think I have held onto my Southern gentleman roots of being polite, respectful and kind to those with whom I come in contact.

Your entire childhood in under five minutes. Let's go Back to the 90s!

Let’s talk about your amazing video for your song, “Back to the 90’s.” I recently watched it and loved it! It’s such a fun look back at all the great parts of the of the 90’s decade. Where did the idea for it first come from? What was it like making the creative video?

Ben Giroux and I met in the office of our Voice Over agent DPN. We collaborated on two other comedy music videos, “Little Dude Anthem (feat. Tamyra Gray)” and “Dump Drumpf (Kris Kross Parody)” making fun of our now President. We are both nostalgic guys and Ben had the idea to make a video celebrating all things 90s.

The video was a massive collaboration of talent in every role. Producers, dancers, artists, set designers, wardrobe, animators etc. From initial concept to finish it took over a year and a half before we released it. We knew it was good but had no idea at this point we would be sitting on 56 Million views! Needless to say it has opened a lot of doors for us and is a springboard for our careers moving forward.

What’s it like balancing your solo work as well as your music with Ben Giroux? Is it fairly easy for you juggle both?

The music with Ben has taken priority because of the success of “Back to the 90s”. I have quite a few unfinished “Jensen Reed” songs but we are excited about our upcoming comedy music video ideas.

How did your newest single “You Can’t Stop Me” featuring Alexa Melo come to be? How did you two work together? Generally, where do you get the inspiration for your songs? Do you find that it’s constantly changing?

I’ve known Alexa for years. She is a truly brilliant artist (http://www.alexamelo.com). I wrote “You Can’t Stop Me” and sent it to her to see if she would be interested in being featured. She got right back to me and said that she could really connect to the lyrics and would love to be on the track. I sent her the song 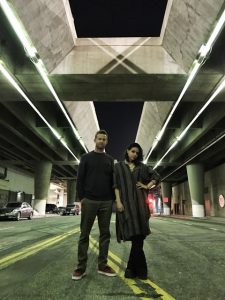 and she tracked vocals and guitar at her place which took it to another level. I wrote the song from the perspective of any artist that struggles with anxiety and self-doubt but ultimately pushes through and keeps striving for success. I started the song in the Fall of 2016 and when I tracked the final vocals in June, “Back to the 90s” had gone insanely viral so the lyric “You Can’t Stop Me” felt very validating.

The message of “You Can’t Stop Me” is to always keep dreaming and believing in yourself and your ability. I want to inspire people (and myself) to remember to enjoy the hustle and journey.

What do you have planned for this summer? Will you have any time to play out live at all?

Ben and I are working on new comedy music video ideas as well as pitching a TV Show. I’d like to get back on stage at the end of the summer…I miss rocking live crowds!

What advice would you give to someone just getting started on this music path? Or even to someone young that is thinking of becoming a musician one day?

It’s really hard finding success as a musician today. There is an endless sea of content that makes it hard to break through the noise. A few years ago I made the commitment to write for myself and to constantly get better. The inner satisfaction that created propelled me into some of my best work. At some point, if you are writing from the heart and it is quality work, you will be heard. Gotta keep grindin’ through disappointments and obstacles. Being self sufficient is really key as well…I edit all of my music videos. I think that is a skill that every musician should have. It will make great video people want to work with you and it allows you to tell the visual story of your music.

An Interview With The Rock Band, LAKESHORE!