Australian Pop Duo, THE VERONICAS, Open Up About Their Music, Their Favorite Memories and Their Biggest Inspirations! 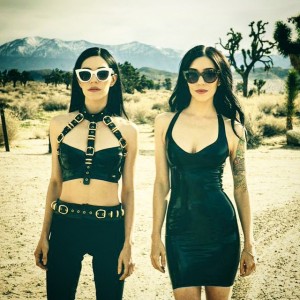 The Veronicas will make their long-awaited return to American stages this June with their Sanctified Tour. The Australian identical twin sisters will perform in several cities across the US for the first time in over six years.

“The Sanctified Tour will be an intimate, theatrical experience, and is our way of saying ‘thank you’ to our fans that have spent years waiting for our return. We’re thrilled to be unveiling our new music  for our American fans. We’ve missed performing live, and can’t wait to bring THE VERONICAS to life on stage. Like a phoenix rising from ashes, the Sanctified Tour will complete our rebirth.”  – Jessica & Lisa Origliasso

Audiences worldwide are familiar with their chart-topping hits like, “4ever” (2005), “Untouched”, and “Take Me On The Floor” (2007). Their self-titled, third album, THE VERONICAS, features the lead single “You Ruin Me”, which continues to climb the AC charts. The new record, as a whole, experiments with different genres and styles from pop to folk, EDM, rap, soul; the new record is very symbolic of the girls as artists and women – multi-faceted and passionate.

Learn more about these artists, multi-faceted role models, entrepreneurs, activists, and philanthropists in the following All Access interview:

Can you remember the moment when you two decided to become performers? Was there ever a time when you thought about having other careers?

Our earliest memories of loving music were as young as we can remember. Being 3 or 4, and dancing, singing, putting on littler performances for our parents. We were in a theater company from the age of 5. We loved the costumes, creating drama on stage, and telling stories through music. We just loved all aspects of being on stage, and we continued to do it our entire lives! I don’t think there was ever a moment we actively wanted to pursue anything else. I do remember my Dad having a conversation with us when we were about 12 or 13, and asking us if wanted to take it seriously, or keep it a hobby. And we said we wanted to take it seriously, in which case, they supported us by paying for private signing lessons, and starting to get us accustomed to what it was like to record music in a real studio!

Why did you decide on The Veronicas as your band name?

We were taking meetings in the USA with major record labels, and they kept asking our management what our group name was. We didn’t have one, but we were huge fans of the film The Heathers’ with Winona Ryder, as well as the character Veronica Lodge from Archie Comics. Both were strong willed, brunettes, so we took inspiration from that, and we came up with The Veronicas.

Everyone really liked it, and in a sense it has helped us to invoke all those strong qualities that we admired in those characters. 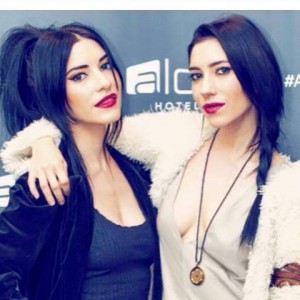 Do you recall the moment when you realized you really had made it?

I think most artists are so focused on creating the next thing, that sometimes it’s not until you stop to really give thought to how much you’ve achieved, that you ever really have that ‘I’ve made it’ feeling.

How do you think your sound/style has changed and matured over the years?

The biggest thing with Lis and I is to remember that we are always going to look for the avenue to challenge ourselves. We don’t like to stay comfortable musically for too long. I think as we have developed depth to our souls as people, so does it reflect in the way we write music, sing, and perform.

You two have gotten to work with some amazing songwriters include Nellee Hooper (Massive Attack, Bjork), Toby Gad (John Legend, Beyonce), Billy Corgan (The Smashing Pumpkins), Martin Hansen (The Rasmus), Chris Loco (Kylie Minogue, Leona Lewis), Emeli Sande , and many others. What relationship has really stood out to you? Who do you think you have learned the most from?

They were all incredible collaborations! Some were purely professional, and some became closer and more intimate. Toby Gad has been there from the very first record we ever made. I remember we didn’t actually get along that great when we first met, and didn’t think we would collaborate again. Haha! But then for our second record, we found ourselves back together with him, and within the first week we completely hit it off, and wrote some of our most successful songs: “Untouched”, “Take Me On The Floor” and “Revenge is Sweeter Than You Ever Were”.  Now Toby is a very close friend, and we are all able to create in a way that is reflective of a 10 year relationship.

What’s like being in a band with your twin sister? What’s something silly that you tend to fight about these days?

Traveling the world with your best friend is UNREAL. We do fight, but honestly, it’s never really that silly anymore. We still like to debate a lot. haha.

It’s been 7 years since you released an album. Why so long? Did it take that amount of time to put together your latest collection?

We had trouble with our last record label, so we went through lengthy legal proceedings to part ways, all the while continuing to write and work in the studio! 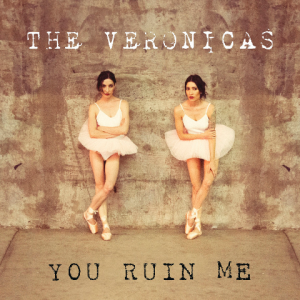 I recently watched your incredibly powerful video for “You Ruin Me”. Where did the inspiration for the song come from? And how involved were you in the making of the video?

It was a moment in time, captured with lyrics and melodies. A very real and vulnerable moment. The video came to us right away, the ballet made sense metaphorically, as on the outside it may appear so graceful, unless you are very strong, the dance would be an impossible skill to achieve.

More times than not, influences tend to bleed through. What bands have consistently inspired you two and your music?

Michael Jackson will always be a big one for us. His attitude, and ability to stand up and be counted.

Who would you love to do a duet with and why them in particular?
JAY BUCHANAN from Rival Sons. Because he has the most soulful voice!

Along with your music, you two are also known for being vocal about female empowerment, your activism in animal rights protection, or your support in legalizing gay marriage. What’s something that you are currently very active with?

When we look at the world and society around us, the theme we cannot ignore is simple: INJUSTICE. Injustice to our fellow humans, injustice to mother earth, and everything in-between. Who would we be to stay quiet when we were blessed in this world with a voice. We, as people, have the power to stand up and be counted when we see something going on that we know in our hearts isn’t right.

We live in a world where as children, we are taught about love, acceptance, sharing and trust, yet as we grow older, its becomes painfully obvious that our government structures, society, and culture supports no such thing. Acceptance of love comes with conditions of gender, equality is still held at ransom with deeply ingrained structures and intolerance that refuse a chance for change, or to educate a higher understanding.

Animals and our planet continue to be pillaged as though it serves no greater purpose than the temporary satisfaction or comfortability of the present human race. Health is looked at and treated with a detached attitude, and one that has become synonyms with a number, instead of a balanced outlook of complete lifestyle, mind, body, and spirit. Everywhere we are ruled by corrupt government systems that are governed by greedy corporations who profit more from keeping us unconscious, sick, and sad, than they do thriving, healthy communities that are self-sustainable and progressive.  And the worst part is that, we, as a human race, are so disconnected from each other, that our minds have been warped by fear and judgement, into killing each other instead of embracing each other, and banding together in a call for change!

So right now you could say we are active in spreading the message of power and unity to ALL people, especially our younger generations. As It is their future we are borrowing from. 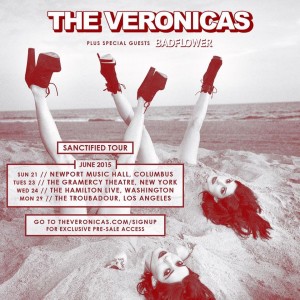 Anything else new or old fans should know about The Veronicas?

That we love you, we are grateful for your love, and that we are a physical manifestation of your own potential! Now go out, change the world, inspire, and live your dreams! Rebel On!

All Access Exclusive Interview with New Years Day at South by So What?!