“I’m writing and working on new songs and looking at all kinds of different and new ways of presenting myself for the future. It’s just all evolving now.”

Evolution – both personal and professional – is at the heart of where Ann Wilson finds herself in 2017. A member of the Rock and Roll Hall of Fame with sister, singer, guitarist Nancy, along with guitarist Roger Fisher, bassist Steve Fossen, guitarist/keyboard player Howard Leese and drummer Michael DeRosier, Wilson’s voice is instantly recognizable as one of the most powerful instruments in rock and roll. Listing Heart’s hits would take as long as the drive from San Diego, CA, where Wilson was born, to Seattle, WA, home of Heart’s Bad Animals studio.

Today, Ann Wilson is exploring music – which she once described as her “brand of spiritualism, my brand of religion” – on stage and in the studio on her own. Flying solo, minus her sister Nancy. My recent conversation with Ann centered on her current solo tour, her future solo music, the present state of her relationship with Nancy, and where both the recording and relationship roads home lead next. 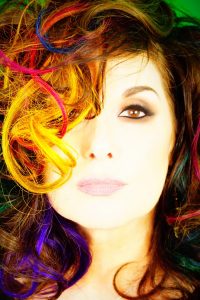 Hello, Ann. How you doing today?

Very well, thank you. How are you?

I’m good. It’s good to talk to you again. It’s been a little bit.

So, let’s jump into how this – I guess we could call it Ann Wilson solo thing live – is going for you. How are you enjoying the tour so far?

It’s great! We’ve done two legs of this tour so far and we have two more to go this year. So, we’re about halfway through and it’s just far exceeded our expectations. I mean it’s been so fun, and people have been over-the-top excited about it. We’ve been getting fantastic reviews, and it’s just workin’, you know!

So, let’s talk about the engine that’s making it work. Tell us who’s in the band.

So, the latest dates that I’ve seen, the trek is set to end August 10 in Sylvania, OH. Is that still accurate? [NOTE: Since our conversation, several more dates have been added to the itinerary, which now runs through August 25 in Arrington, VA.]

That’s the next leg. We’re gonna take three weeks off, and then we start up again the end of July (July 28 in West Bend, WI) and go into August (wrapping August 25 in Arrington, VA). So, yeah, we have quite a few more shows to do (laughs)!

Yes, indeed. One of those shows (August 8) has you opening for Santana at the Soaring Eagle Casino in Mount Pleasant, MI. So, where do you rank Mr. Santana on the guitar gods scale of one-to-ten?

Oh, I think he’s one of the most intelligent guitarists there is! He doesn’t just flail around and do (guitar) gymnastics, you know. He is, for me, up there in the top five with Jeff Beck. He’s very intelligent. I really like him, and I always did, when I was a kid. So, it’s gonna be a thrill to play with them. It’s the only opening slot we’re doing. The show (Ann’s solo tour) is “An Evening With,” and so, we’re sort of shortening the show to do this set with Santana.

Well, I couldn’t agree with you more, Ann. He is pretty close to the top of the list of, not only guitarists, but of human beings that I’ve had the pleasure to know and work with and speak to often. He is a master. Speaking of guitars, let’s get back to your band and your set. So, musically, how does the dynamic change – if at all – on stage without Nancy by your side?

It’s just a simpler dynamic. I mean, it’s a different kind of band than Heart is. It’s more muscular. I thin leaner. We have a much smaller entourage. It’s a lot more vicious. It’s different in that regard. And the musicians are of a level where they can play jazz, if they want. We don’t play any in our set, but they’re very sophisticated musicians and they can go anywhere I ask them to. So, we’re covered. We don’t have the same emphasis on acoustic guitar.

Yeah, I would probably surmise that by your use of the word “vicious.” That’s a great way to describe the sound. So, as I mentioned to you before I hit “record,” I produced (nationally syndicated radio program) Rockline for five years in the mid-90s, and had you guys on several times. And I also had the pleasure of going up to Seattle many times to do shows with Pearl Jam, Soundgarden, Alice In Chains, Queensryche, etc. This will be my first opportunity to thank you personally for letting us use your Bad Animals Studios for a few of those shows.

Yes, it is. Is the studio still around? I haven’t been up there in a long while.

Yeah, it’s still going strong. In fact, Alice In Chains is in there right now working on a new record. 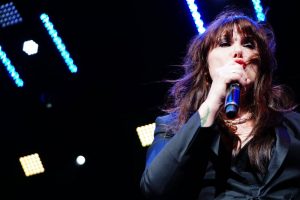 Ah, cool. One of the shows I did up there was with Queensryche as guests, but that night the show was guest-hosted by your pal and mine, Mikey! Mikey Inez!

We had a great time up there doing that particular show. And I always had a great time working with Cathy Faulkner and KISW. All great folks. So, Ann, before we move forward, let me take you back for just a second to where it all began for you. Did you have what I often call the proverbial – or perhaps literal – Beatles on Ed Sullivan moment?

Oh yeah, yeah, yeah! I must’ve been 13, I guess, and we were temporarily living in Southern California. My dad was based in (Marine Corps Base) Camp Pendleton, and we were in La Jolla at our grandma’s house. She had a TV with a big screen – for then – and we all sat down on the floor in front of that TV and watched The Beatles. It was amazing! I mean, it reached out and grabbed us – Nancy and my sister Lynne and I – just like everybody else in the country. From then on Nancy and I wanted to be musicians.

I was two weeks shy of my sixth birthday, and we had just moved from Chicago out to Los Angeles, more specifically, in Glendale when the show came on. At that age, I had never heard of The Beatles or anything, but I remember it like it was yesterday. It was life-altering, no question about it. So, getting back to the tour, I understand you’re tackling several covers onstage. One of my all-time favorite covers that anyone has ever done is Heart’s version of the Elton John gem “Mona Lisa & Mad Hatters.” I love how you guys handled that.

So, what is the top criteria you use in selecting a song to add your voice to?

Well, I have to love the song. It has to have great lyrics that are meaningful and relevant, and it has to be challenging for me. It has to go somewhere. So, those are the songs that I picked. Pretty much the whole second half of our show are my favorite covers.

Can you give me just one or two that you do, to entice the audience?

Yeah, “Your Move” by Yes, “She Talks to Angels” by The Black Crowes, The Who “Won’t Get Fooled Again,” “Love Reign O’er Me” and “Can You See the Real Me.” We do three Who songs.

I think that ties into the viciousness of the sound. Certainly, those three.

Just a couple more for you Ann, and again, thank you for your time and it’s great to speak with you again. Speaking of your voice, what can you tell me about upcoming solo music that we might be getting from you?

Well, I’m doing the solo thing all this year, and into the future. I’m writing and working on new songs, and looking at all kinds of different, new ways of presenting myself for the future. It’s just all evolving now. More music, more appearances, hopefully more acting stuff. And just more outreach in terms of philanthropy. So, yeah, that’s what’s coming. 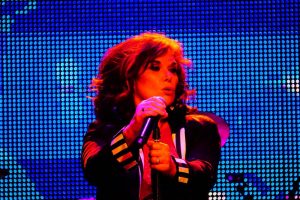 Any particular philanthropic organizations that are closest to your heart?

Boy, we could go on and on about that, but that’s for another conversation.

Finally, I’d like to close with this, Ann, and I’d like to preface my question with a very personal admission. I haven’t seen or spoken with my brother in over a decade. What’s the key, do you think, to getting back on the road home, as it were, to repairing the relationship with Nancy?

Time. She needs to go out and do her own thing, and I need to go out and do my thing for a while. It was just getting too close. The room was too small. We are growing up. We both have our own families and our own marriages. I think time is the best answer.

Well put. I’ll just leave it at that. Thank you again for your time.

Okay, well thank you very much. 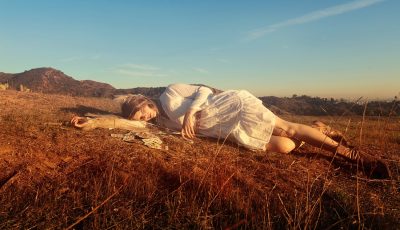