An Interview With The Southern Californian Trio, CREATURE CANYON! 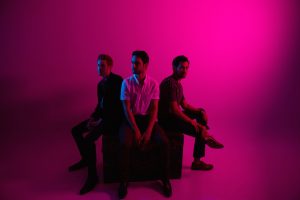 Creature Canyon spent much of 2017 branching out into LA’s Eastside music community, showcasing, and performing as direct support for an extensive list of nationally touring acts along the West Coast. The band kicked off 2018 by recording in LA’s distinguished United Recording Studios and plans to spend the year rolling out new music from their forthcoming EP titled ‘Did You Want That’, available everywhere October 19th, 2018.

Learn more about Creature Canyon in the following All Access interview:

No problem! Probably going to try to vibe out at the beach and write some lyrics. I love to get out there and vibe out.

Since we are now at the back-end of 2018, how has this year treated you guys? What is one musical goal that you have had for this year?

This year has been great. We spent the early part of it writing and recording our EP. One musical goal we had was to get into Kat Corbett’s KROQ ‘Locals Only’ radio show and we ended up having our song “Hot Streak” number 1 on the show for 5 weeks.

Can you recall the moment when you thought you could be in this group together? Has anything surprised you about this ride so far?

We recently added a new bass player and a key player (Aaron and Luc) and the vibe of the band is so amazing and fun now. We are really becoming a family. The ride of being in a band definitely has its highs and lows but staying true to your vision and passion will always prevail.

How did you come up with your band name? Was it hard to agree on something that you felt was right? What other names were you considering?

Haha. It’s weird coming up with band names now a days. Pretty much all the good ones are taken, right? I think coming up with a band name is harder than writing songs – at least it is for me. We grew up near a bunch of canyons in San Diego and used to hang out in them a lot so one of us said something about creatures in a canyon. Then next thing you know we were Creature Canyon. I had an idea for us to be called The Blank Stairs but I think it was taken!

Growing up in Southern California has definitely influenced the way we make our music because its a reflection of our lifestyle. We have this easy going laid back approachable vibe to where we’re not only rockstars but just normal dudes.

Can you talk about what it was like putting together your soon to-be released collection, “Did You Want That”? Did anything surprise you about the overall process? What did it feel like the first time you heard it all the way through? How will you be celebrating the release of it?

Wow! The making of this EP was a wild one! Right after our “She’s Mine” single came out we went right to work on Did You Want That. We completely switched gears from playing all the time in 2016/2017 and we focused on crafting our songs. It’s really cool to experience the beginning of an idea for a song and see it all the way through to the finished product! Sometimes you go “Wow! How did it turn out like this?“ haha. Once we brought on our producer Christian Lum the songs took on a whole new light that we wouldn’t have been able to tap into without him. He was like the extra member on the album and his role was pivotal to the new sound we got out of it.

We will be playing two EP release shows. Oct 18th at The Resident in downtown LA and Oct 19th at The Casbah in San Diego. Also on Oct 20th we will be doing an EP Release Listening Party. Details coming soon.

While it’s hard to pick favorites, can you pick out a few songs on this EP and talk about how they came to be on the album and what was the inspiration behind them?

You know one of my favorites on the EP, and I think its a sleeper is “No Apologies.” It’s a fast paced rock and roll song that I love! It started as a bass line demo I had in my home studio and our producer heard it and was like, “that’s tight,” so we ended up making a whole song out of it. It’s super fun! Our drummer Kyle ended up laying down the bass, drums, and guitar on it. He’s a real freak of nature.

How do you think your already released track, “Hot Streak” prepare listeners for more music from you? How is that song different or similar to the rest of the EP?

Hot Streak definitely stands out on the EP. We made that song in a short school bus and it had the original title “Bus Stuff” haha. That song has such a great vibe and color to it. We are working on a music video for that song right now! Shh!!

How do you all go about writing music? Is it something that you do altogether or separately?

We get this question all the time! It’s always a tricky answer. We probably write music in a million different ways. A lot of the time it has to start from one individual person whether its a guitar riff or a melody or a lyric. And then we get together to hash out that idea – so it’s a collaborative effort.

If time and money were not an issue, what would your dream music video look like?

I would say something in Hawaii so we could travel out there while we work.

Where do you think you are all happiest – in the studio recording new music, on stage performing or elsewhere? Do you have any upcoming tour dates this fall in support of your album?

I know that I’m personally happiest on stage because I have no time to think and I can just be completely in the moment. The studio is amazing also, but it can be grueling! We are playing Oct 18th at The Resident LA (presented by KROQ) and Oct 19th at The Casbah in San Diego (presented by 91X) which is sold out! Wooo

How was your set at the KAABOO Del Mar festival? Did you get a chance to go check out other bands and enjoy the festival?

It was incredible! The atmosphere at these festivals are great. That was our first major festival! I actually got to see War and they were amazing.

How do you think being musicians and in this band still gives you the most joy in life today? What would you say is the most challenging part about it?

Right now, with the group of guys we have together, I couldn’t be happier. I am so happy when we get together and jam. Its a wonderful experience. I’d say the challenging part is to not compare yourself to others as much and go do what you do the best and trust it.

We are currently living through a very trying and politically charged time right now so I am curious to know how your own music is reflecting this time period? Or do you think it doesn’t? Would you say that other musicians are making music that has been influenced by this climate? 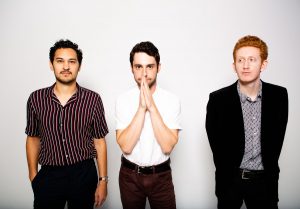 No, our music doesn’t really reflect the politically charged times. I rarely watch the news. Maybe I should though. I heard our president has interesting hair! Most of our music is about personal relationships and the journey through life – our lives. Who knows maybe one day I will run for office. Ya never know.

I would love to work with Danger Mouse. I am the biggest Beatles fan other than my Dad and he got his start mixing Jay and The Beatles… I forgot what it was called. Love his work! We love bands like Cage The Elephant and Portugal. The Man. Been fans of them for a while now.

I think the goal for every songwriter is for people to hear a song and have people relate to it somehow. I hope people can take in our music and enjoy it and be able to relate somehow, someway, because I know when I hear a great song and I actually feel what was going on in that song, it makes me feel a whole lot better.

An In-Depth Interview With The Promising Singer-Songwriter and Activist, SEVI ETTINGER!

An Interview With the EDM Duo WHITEQUBE On Their Brand New EP ‘Design Flaws’ and More!