An Interview With The Rising Singer-Songwriter, SOPHIE ROSE! 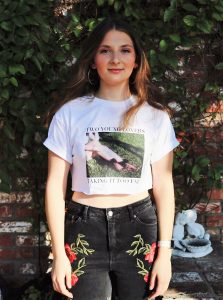 Meet the 17 year-old singer-songwriter Sophie Rose! She is signed to a publishing joint venture between Ester Dean and Dr. Luke’s Prescription Songs. She has written close to 500 songs and has been working with Steve Aoki, Charli XCX, Louis the Child, Serayah and more.

She is also focusing on her own artist project, and her song “Limitless” with Sam F has over 10 million streams across all platforms and has just entered the Billboard Dance/Mix Show Airplay chart. Sophie co-wrote and is featured on the recently released Sam F & TastyTreat single “Wavy” out on Steve Aoki’s label Dim May.

She also self-released a solo single called “Two Young Lovers” on Friday, October 20 that she wrote and produced by herself.

Connect With Her Here:

Learn more about Sophie Rose in the following All Access interview with her:

Thanks for your time for another All Access today! Where does this interview find you? Is there music playing in the background? If so, what is it? What music gets you instantly out of a bad mood? What is a song you are loving these days?

Thank you! Right now I am sitting in a hotel room with my mom and my dachshund, Blue Ivy. I’ve actually been listening to the Evolution station on iHeartRadio a lot since “Limitless” is playing on it! Pretty much any song from Katy Perry’s Teenage Dream album or Taylor Swift’s Fearless album gets me instantly out of a bad mood. I’m really loving “Nobody Like You” by Kaskade, which my friend Meron Ryan co-wrote and sings on. It’s such a great song!

Growing up, did you always want to be a musician? Can you recall your earliest musical memory? Was there a time where you thought of doing something completely different?

I’ve been singing since before I could talk, and I started writing songs when I was 9 years old. I don’t have a specific earliest musical memory, but for as long as I can remember I’ve wanted to be a pop star. Although the music business is incredibly difficult, I have never considered doing anything different. I love songwriting more than anything and can’t imagine doing anything else!

Musically, did you approach this year any differently than you did last year? How has 2017 been treating you and your career? What are you most excited about for in 2018?

I always like to ask artists about where they came from and how that city or town has influenced them as an artist now. So how do you think your hometown has affected you and your music today?

I am from Calabasas, California, and I still live there now. Calabasas is beautiful but it’s pretty low-key compared to Los Angeles, so I think that mixed with the fact that I’m an only child affected me and my music in that I had a lot of time to really explore music growing up. I also started homeschooling in 5th grade, and that’s when I started to fully focus on music. I also think the personalities and lifestyles in Calabasas influence what I write about sometimes, haha!

I find it incredible that you have written close to 500 songs! Can you talk about your songwriting process and where you get the inspiration for all of these songs?

Thank you! I write almost every day, so it really adds up. My songwriting process is always different, but I usually start with melodies and then write the lyrics. When I write alone, I usually write to guitar, but in sessions there is usually a producer working on a track while my co-writers and I write the topline. I find inspiration everywhere! When I write alone it is usually to get something off my chest, but in sessions we usually start by talking about our problems or any ideas we have and go from there.

I really have to connect to a song to keep it for myself, so most of the songs I write are pitched to other artists. I also have to think about my style as an artist and make sure the songs I keep for myself thematically and musically flow together.

How did your tracks, “Limitless” and “Wavy” with Sam F come together? What was it like working with him?

A friend introduced me to Sam’s manager over email, and I sent him the acapella for “Limitless.” I had written the song with Meron Ryan and Lindsey Saunders months earlier, but no one was interested in it. Sam ended up producing a version that was amazing, then he signed to Dim Mak and “Limitless” ended up being the first single off his EP. After that, Sam and I set up a session with Jackie Young, one of my favorite writers to work with, and we ended up writing “Wavy” to a track Sam had made with TastyTreat. Sam is amazing and I think his production is some of the best in dance music right now. He’s also a great guy and I just love working with him. We’ve written a bunch more songs together that I hope will come out soon!

What does it feel like to be releasing your own solo single “Two Young Lovers” later this week?  Can you talk about the experience of producing and self-releasing it yourself?

It feels really exciting but also a little scary! “Two Young Lovers” is the first song I’ve released in a long time, so I hope people will connect with it and enjoy it. Producing this song was hard for me because I wanted to make it the best it could be, but I’m really happy with how it turned out and can’t wait for people to hear it. Self-releasing is scary because I don’t have a whole label team promoting the song and getting it heard. Any success relies on real people connecting with the song and sharing it with their friends, which I think is pretty awesome actually!

With the summer over now, what was something fun or new that you tried this summer?

I had my first psychic reading this summer, which was really cool! I’m totally a believer now. 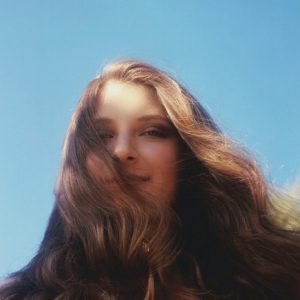 How active are you on social media? How important do you think it has all been to your career? Do you find that it’s hard to keep up to date on all the different platforms?

I’m pretty active on social media, I think it’s really fun. I don’t think it has been that important to my career so far, but I am using it to promote my new music. I think it’s amazing how I can connect with people all over the world who appreciate my music and tell them how much their support means to me. It is difficult to keep up to date on all the different platforms, so I mainly stick to Instagram.

How do you hope to be a good role model to your younger fans?

I hope to be a good role model by being kind to people and standing up for what I believe in, especially in our world today. I think in our age of social media it is easy to forget that there is a real person behind every post, and the words you say can hurt people. Spreading kindness is always important and always needed.

When you aren’t working on your music or writing another song, what do you like to do for fun? What is something very non-musical  that you really enjoy doing?

When I’m not working, I love to hike, cook, or binge-watch Netflix or Hulu.

We are living in a crazy and at times rough world right now so I am curious how you think being a musician gives you the most joy in life today? Do you think that new music being created today is going to reflect these difficult times?

It is interesting because I feel like music can be an escape from the state of our world today, but I also think it is important for musicians to use their platforms to promote change and help heal the world. My goal is to be successful enough in music to be able to do good and really make a difference in the world. I myself have been inspired by these difficult times and have written songs that reflect how I feel, so I definitely think that music being written and released today is going to reflect these times.

Who are some of your favorite artists or rather, what musicians have continued to inspire you and your music? What musicians would you absolutely love to work with in the future?

My first inspirations were Taylor Swift, Katy Perry, and Bruno Mars because they all wrote their own songs and I looked up to them musically. Now, I am inspired by my friends in music and the incredible songs they’re creating. By surrounding myself with people I look up to, I am constantly inspired. Some musicians I would love to work with include Max Martin, Taylor Swift, Lorde, and Calvin Harris.

What do you hope fans take away from your music? Do you think there is a message to a lot of your songs?

Honestly, all I want is for people to feel something when they listen to my music. I think songs that evoke feelings are missing from pop music right now, and I’d like to be a part of bringing those back. My favorite songs are songs that make me feel something, so that’s what I hope my songs can be for listeners. I definitely have songs with strong messages, but I also want my music to be an escape for people where they don’t have to think about their problems for a few minutes.

What advice would you give to a young person who is thinking about becoming a musician one day?

My advice would be to follow your passion. If you believe music is what you need to do in life, be prepared to work extremely hard for a long time before you see any success. It is a long road, but it’s worth it if you love what you’re doing.

Only that I hope you like “Two Young Lovers” and watch out for more new music coming soon!

An Interview With the UK Artist, TOM FOREST!