An Interview With The NY-Based Rock Band, TEMPEST CITY! 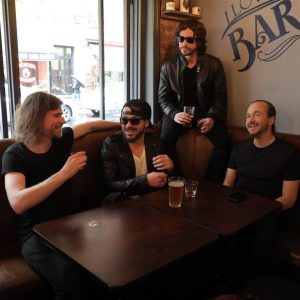 When Tempest City first formed in 2013, they had no idea that they would become one of the preeminent hard rock bands in NYC. Fast forward to 2018, where Tempest City has discarded most of their catalog, and has re-emerged tighter and heavier with all new material and a new drummer. Tempest City is constantly changing and evolving. It felt right to bury the past, tighten up, and get heavy again. Their new releases showcase this reinvigorated hard rock sound.

Now a four-piece, Tempest City enlisted recent Chicago transplant Evan Walker for drum duties. “He’s a beast,” says guitarist Walter Ramin, “after bringing him into the fold, we play play harder and faster, with a more creative feel.” Walter’s brother, Eric Ramin, is a thunderous four-string prodigy in his own right – making Tempest City’s rhythm-section a force unlike any other.

Front-man Alfredo Venuto, rounds out the Tempest City team with Pantera-like growls, soaring vocals and heartfelt lyrics. “We lost a lot of great vocalists last year… I’m just doing my best to represent their legacy.” Founded in Brooklyn on the hard work that can only be realized in dimly lit garages and smoky basements, Tempest City can now be seen on the biggest and brightest stages that the Northeast has to offer. With several new releases on the way, now is your chance to say you saw them before they become a household name.

Learn more about Tempest City in the following All Access interview:

Wally & Eric: Our pleasure, we are at D-City Studios today to punch up some guitars on a live performance we did for a new show called Bandsation. It’s a show about established musicians and up-and-coming acts with interviews and live performance.

Evan: Finally turning off my phone, eating Indian food from around the corner, and taking the final shower of the day (a summertime NY necessity).

All Access Music is currently compiling a list of our artists favorite songs this summer so what is YOUR song of the summer?

Wally: Evan listens to new music. (Ive been listening to a lot of Megadeth and KISS)

Evan: I’m loving Yob’s Our Raw Heart and Pusha’s Daytona has been in my daily subway albums rotation since it came out. The new Deafheaven album is really interesting and everything Sumac puts out is mind-blowing (latest single is “Attis’ Blade”). I’ll shout Sumac again; their new LP Love in Shadow comes out next week. Nick Yacyshyn is the Tony Williams of heavy music. But if you’re talking MY song of the summer, Cardi’s “I Like It”. No hesitation. Also, check out Cops and Babies.

How has 2018 been treating you all? What is one musical goal that you have had for this year?

Wally & Eric: So far so good! This year we found our new drummer Evan Walker.  We’ve been writing a ton of new music and feeling really good about the new stuff.  One goal has been to finish up good ideas that never became songs… Evan has been really helpful in realizing that goal.  Also, wrapping up the Kool-Aid video is important.

Evan: The goal of 2018 (and every year) is finding the band’s defining groove.

Can you recall the moment when you thought you could be in this group together? Has anything surprised you about this ride so far?

Wally: This started as an acoustic thing called JerkStore, with just me and Fredo.  We started adding musicians and writing and rewriting.  Then we had some lineup changes and wrote all new stuff, then wrote more new stuff when we became a 4-piece.  Everything has felt like a solid step in the right direction of our sound.

Alfredo: We’ve known each other since we were kids just a matter of time till we formed a band together

Evan: The smells have been consistently surprising.

How did you come up with your name? Was it hard to agree on something that you felt was right? What other names were you considering?

Wally: We were at the Molly Wee Pub staring out the window at the Tempest Bar across the street after rehearsal.  Luckily, we weren’t in the Tempest Bar or you’d be listening to the Molly Wee’s.  I wanted to call the band  “Brotocol” or  “The Charlie Fuckin’ Bronsons.”  I was outvoted.

Wally: New York is and will always be a melting pot of all styles of music.  We are happy to be where we are in the music kaleidoscope of NY.

Alfredo: I’m not really sure. I suppose being from Bensonhurst, Brooklyn we have a certain attitude about things. We carry ourselves differently.

Evan: I’m a military kid so stoked to bring my hometowns along with me to run through through (and add them to) the NY kaleidoscope.

How has your new line-up changed the dynamics of the band and how you all get together and write music?

Wally: New Blood = New ideas & Inspiration for old ideas.  I like to get an outline together, or a feel of a song and bring it to the guys to work on in a loud room.  The good ideas come together quick.

Alfredo: Well once Evan ( Drums) joined the band, the band instantly got heavier. We wanted to get heavier, We want to stand out and I think we are headed in that direction.

Evan: I love coming into formed entities to see how I can fold myself into the batter while also figuring out what new spices I can add to the recipe.

Let’s talk about your newest single, “Kool-Aid.” What was the inspiration for this song? How is it different or similar to anything else that you have put out? When do you hope to put out more new music a whole album of new songs?

Wally: I was watching this miniseries about David Koresh and Waco, TX and the Branch Davidians.  I was a little obsessed with the idea of following something blindly like that and believing in someone or something to your own end.   Its raw and real.  It was definitely written in the 4-piece band mindset.  We plan to release singles and b-sides as much as we can this year.  “Barriers”  “Heavy is the Head”  “Born Hated” and “Speedbag” are all up next.  We cant wait for people to hear them.

Alfredo: Well Kool-Aid was inspired by the whole Jim Jones story, and kind of took on its own form from there. Kool-aid is different because it’s the first song or stepping stone for us in our new direction. We hope to put out the rest of the EP in the beginning of the new year.

Evan: Are we not supposed to talk about our sponsorship deal?

Where do you think you are all happiest- in the studio recording new music, on stage performing or elsewhere? Do you have any upcoming tour dates this fall in support of your album?

Wally: My favorite is that first time playing a good new song for a big crowd.

Alfredo: Personally, being on stage performing is my favorite. It’s a rush for sure, and we have some huge new shows in the works as well.

Evan: You can’t beat the electricity or immediacy of playing live. But I’m definitely the studio rat of the group. I’d never leave if they didn’t charge by the hour.

How do you think being musicians and in this band still gives you the most joy in life today? What would you say is the most challenging part about it?

Wally: This is our group therapy.  no matter whats going on in your life, you can crank up the amps and pound out some heavy music for a few hours and sweat out your troubles. The most challenging is probably scheduling.   Schedules get difficult.  It was easy when we were all in high school with no responsibilities other than tuning-up.  Now we have e-mailed calendar appointments for rehearsal.

Alfredo: It’s therapy for me. It keeps me calm, well when we aren’t torturing each other haha. Definitely fun when we are on that stage together.

Evan: I don’t even think of it as a choice. If we’re not playing, my life and health suffers.

We are currently living through a very trying and politically charged time right now so I am curious to know how your own music is reflecting this time period? Or do you think it doesn’t? Would you say that other musicians are making music that has been influenced by this climate?

Wally & Evan: 17 years ago, we were wearing American flag T-shirts on stage in downtown clubs after 9/11. 10 years ago we were trying to sell advance tickets and merch in an economically-challenged America. As independent musicians we’ve always worked hard to be a source of inspiration and release for our fans (and those who will be soon). And we’ll always do so.

Wally: There are some super-talented producers that we’d love to work with, Nick Raskulinecz comes to mind right away. All the obvious influences.   I learned too play at the start of the Grunge days thru the nu metal movement. That will always be a huge influence on me. 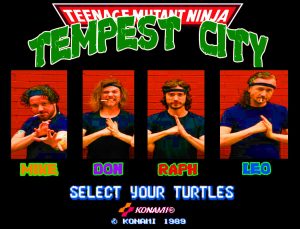 Alfredo: I have so many, but off the top of my head I would say Myles Kennedy, Axl Rose, and Rob Halford.

Evan: I’d love to play with Wolf Alice at some point. They’re exciting as hell!

Wally: Have a drink, enjoy something we made.  Music, and any kind of art, is making something out of nothing.  Art organizes space, music organizes time.  If you spend your time listening to us.  That makes us happy. We hope you like it.  We try not to suck. but no promises.

Evan: At a live show, I hope they leave sweaty. And I hope our records inspire people to gather their 15 closest friends and come to a live show!

Where can our readers connect with you today?

Ahead Of Their Forthcoming EP, British Rock Band, NOTHING BUT THIEVES, Come To LA’s Fonda Theatre!

An Interview With HILARY ‘The Red Songbird’ ROBERTS!