An Interview With The Franco-Finnish Electro Duo, The Dø! 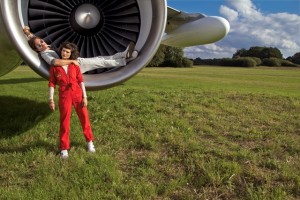 The Dø are a French duo that make powerful and intense music.

After the wonderfully accidental “A Mouthful” (2008) and the organically experimental “Both Ways Open Jaws” (2011), “Shake, Shook, Shaken” responds with a new requirement elevated as “dogma” in the opinion of those concerned: Dan and Olivia deliberately opted out of acoustic instruments to focus on synthetic dance sounds and percussion.

“When we started writing these songs,” they said, “we used only a laptop and a keyboard.  We quickly became obsessed with this set-up; this form of minimalism banning ‘real’ instruments to the point of creating a new work ethic: guitars, which had been almost over-used previously, have intentionally been set aside.  Our aim with ‘Shake, Shook, Shaken’ was to take ownership of the sounds that had previously been undervalued, while going with a more pop aesthetic.”

Learn more about The Dø in the following All Access interview:

Can you remember the moment you decided to form this band?

In 2006, we’d written music for a  contemporary dance piece and we had to find a band name. We didn’t consider ourselves as a band at the time as we were just fooling around in a studio. 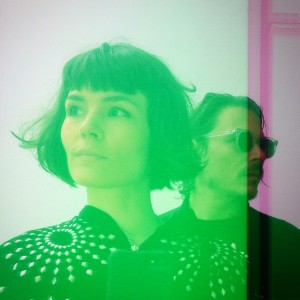 How did you come up with your band name?

Writing our initials and exploring the possibilities: the do or the o.d . I had ‘the sound of music’ in mind, with “doe, a deer, a female deer”…We liked to have two letters looking like musical notes.

Entertainment Weekly recently labeled you as “Stars On The Rise” this year. What do you think of that?

It’s very flattering! especially being amongst Rae Sremmurd, which is one of our favorites at the moment !

Tell me about getting to work on your latest album in your studio, a pastoral 18th Century water tower! Tell me about this almost self-sufficient process you created for yourselves?

It’s a perfect place to work, away from the city. It’s almost a medieval setting, with a castle nearby, and surrounded by cornfields.

We usually get very autistic when we work on an album, just the two of us most of the time, losing landmarks, getting carried away by the music.

Your album, “Shake Shook Shaken”, which just hit #1 on the overall Album Chart on iTunes in France! Congrats! What does that feel like?

Feels particularly rewarding after spending so long in a studio away from people and real life.

What songs are you most proud of on this collection? What are your favorite to perform live?

“Keep Your Lips Sealed” as it’s the first one we recorded and we still enjoy hearing it. We also love playing “Despair Hangover” and “Ecstasy” as it’s been the single so far and people react to it immediately. 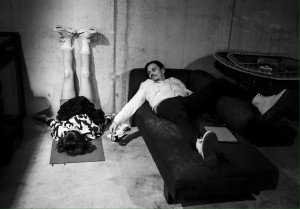 For our readers who have never been to France, can you describe the music scene there? Who are some other popular artists there right now?

France has had amazing electronic acts and djs for many years now, such as Justice or Gesaffelstein. Stromae (who is from Belgium) and Christine and the Queens are big here, and they’re currently touring America, you should check them out.

What bands/artists have consistently inspired the music that you’re making?

Living or dead, who would you love to work with and why?

A few weeks ago we were playing at Koko in London and I had struggled with food poisoning the whole day. I thought I’d cancel the show until the very last minute, but I wanted to play the show so bad, I went and it cured me! I must thank the audience for helping me through. 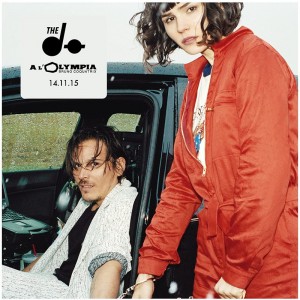 We get messages from people telling us our music helped them go through hard times. That’s very strong.

Is there anything else you would like new fans to know about you or your music?

An Interview With Pop Star, SHAWN MENDES And His Manager ANDREW GERTLER! 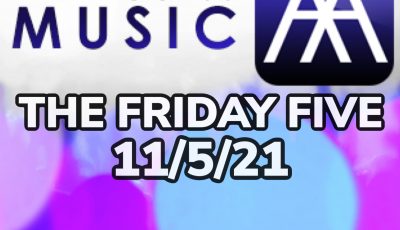