An Interview With Newcomer STEPHEN PUTH On His Latest Single, “Look Away,” Writing With His Brother Charlie Puth and More! 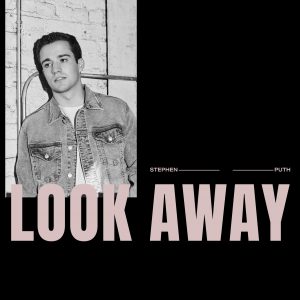 “Look Away” is the latest single from singer-songwriter Stephen Puth. Together with his brother, Charlie Puth, the two musicians created a summer smash.

Of the song, Stephen says: “’Look Away’ is about that moment leading up to the end of a relationship. When I wrote this song with Charlie, we wanted to talk about something universal that almost everybody goes through in a breakup. Reflecting on our own, we came to realize that before any break-up, there is that fight that ends in silence.”

Of working with Charlie, he says: “The song means a lot to me, not only because it’s real, but it’s also the first song I’ve ever written with Charlie. It’s hard to open up about emotion and make a great song out of it. Charlie’s musicality and ability to craft a great song made me a better songwriter, and pushed us both to make a meaningful story out of a small moment.”

Stephen Puth currently has 30 million stream on debut single “Sexual Vibe” and ballad “Half Gone.” He has been praised by the likes of Genius, Billboard, Idolator, Ones To Watch, E! News and more.

Learn more about Stephen Puth and his latest song in the following All Access interview:

I am in Los Angeles today, but preparing for a busy travel schedule next week!

Now that we are half-way through the year, how has 2019 been treating you? What are some goals that you have for yourself this year? How close are you to reaching them?

I’ve had the same goal since summer of 2016 – to make memorable music.  I used to only write for artists but now that I have my own project, I have another outlet to release music and more importantly, the ability to express my story.  I never planned to be an artist but I’m glad this all fell into place and can’t wait to start performing more.

Music was a daily task.  Everyday I practiced piano—specifically classical music.  I also taught myself guitar and fell in love with it. Music was always an escape from reality. When I was 21, I started learning production and realized 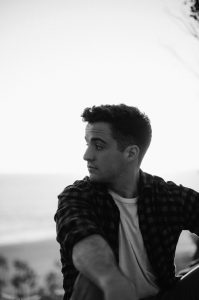 music is what I love.

Surprisingly, I spent a brief amount of time working at an Exchange Traded Fund desk in New York. I loved the people I worked for but quickly realized it wasn’t my passion. There’s no doubt in my mind that music was the best career decision for me, it allows me to be my creative self.

Finding ‘my sound’ has been the biggest surprise, it will always evolve to what best suits my feelings, but ultimately, I want to aim for authenticity both lyrically and melodically.  As I continue to grow as an artist, a more authentic self will emerge.

Let’s talk about your newest track, “Look Away” that you co-wrote with your brother, Charlie Puth. What was it like working on this song with him since it’s the first song that you have ever written together? Were you surprised at the process at all? Where did the inspiration for it come from?

The process was slightly unconventional but then again no process to songwriting should ever be defined.  Charlie came to me with an idea and asked me to play what is now the opening acoustic guitar melody. He produced around that riff and built out an idea for a track.  On my birthday, I walked into his studio and he had composed a more fleshed out version.

From there, the song really began to take form.  I think the biggest surprise was how quickly it came together. The inspiration of the song is both an action and feeling we’ve all felt before on the outs of a relationship.

How does this compare to other songs that you have previously released?

The lyrics in “Look Away” are completely different from anything I’ve ever put out. They’re vulnerable and based on real life feelings I’ve had. And I’m pretty sure anyone who listens to this song will have felt those same feelings too. When you start overthinking that someone doesn’t love you the same way just because they glanced at you somewhat differently on one random afternoon.

Do you have plans to release more new music soon and a full collection of songs later this year?

Absolutely! I think “Look Away” is a new wave of my music and defines what’s to come.

How do you think you have grown as a musician since you first started singing and writing songs?

I’ve always been a huge supporter of the 10,000 hour rule.  In other words, you have to put in your time in to improve at anything.  Sometimes, I listen to old demos when I first started to remind myself that I’m improving.

What has it been like keeping up with your social media accounts and all of the different platforms? Is it hard to stay up to date on it all? What would you say is your favorite way to connect with your fans now? What has social media 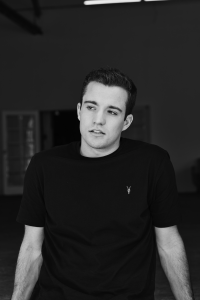 done for your career so far?

It’s been fun getting to know my fans and building out my platform.  I think Instagram stories is definitely one of my favorite ways to let my followers know what I’m up to.  Social media is a great tool to utilize as a new artist, especially as I continue to put out new music.

I like every genre of music.  I find it important to listen to everything to keep inspiring myself.  I love listening to Van Morrison while I’m driving.  I also love 90s hip hop and country music, like Thomas Rhett or Dan & Shay.

I’d love to go to a crazy unique location that I’ve never been to before.  A remote island or mountain.  Something no one’s ever done before.

Where would you absolutely love to hear one of your songs? On a TV show, in a movie or elsewhere? Do you recall the first time you heard a song of yours out and about?

This is going to sound weird.  I want it to be in a grocery store at night.  It would be funny to be food shopping and my own song came on as I’m going down random aisles.  First time I ever heard one of my songs was on SiriusXM Radio.  That was a cool moment.

I hope my music can help people feel good.  Whether the song is happy or sad, I just want people to make a personal connection with the music so they can find meaning in it.

An Interview With The Teen Sensation SKY KATZ On Her Upcoming NY Show and Her New Song With Singer Annie LeBlanc!