An Interview with Madison County in Madison

One hot summer afternoon in Madison, WI we met up with Mike Zibell, vocalist from the very talented country music band Madison County. Both Mike and his band have won numerous awards over recent years and continue to play to sold-out shows and festivals in the region. Theirs is both an interesting and memorable story.

[BSV]  Tell us about your band and how you all met.

[Mike]  A love for singing is what first brought my Uncle Augie and me to music.  Singing together in high school choir and solo & ensemble events.  Then realizing that people actually enjoyed listening to what was being put out there by us, was the drug that got us hooked.  This perpetuated into writing songs, playing bigger and better shows to larger crowds, but it’s always boiled down to enjoying the music and showing people how much fun we can have doing it.

So my uncle Augie and I had this idea and worded to put together a group that was more than just a band playing music.  We wanted to put together a “Show” Band, which meant we truly wanted to put a show together, one where we would give the audience an extremely energetic stage presence. So we looked for the pieces that exemplified this entire concept of showmanship.  Over the years, we have morphed into what we are today.  A great group of friends working toward the common goal of putting the absolute best show together that we possibly can.

[BSV]  What kind of music do you create?  What are some of your influences?

[Mike] We try to create music that sounds a little bit different than what you hear from everywhere else. This is not an easy task however.  On our first CD we recorded an a cappella song, on our second we recorded an instrumental song, on our third we tried to create a soft heartfelt story on piano with orchestra, but give it a very edgy guitar sound.  On our most recent project, we went with some very edgy lyrics on a couple songs.  We are influenced by so many artists that this is always a difficult question to answer.  To answer it best, we are influenced by country music with infusions of other genres blended in.

[BSV]  What’s the best part of being a band together?

[Mike]  There are so many focal points to the band, that it allows the fans to truly enjoy every part of the show.  It’s not about one or two front people in the group.  The band is full of front people, each in their own craft.

[BSV]  What drives you to make music?

[Mike]  The response from the fans is the drive behind everything that we do.  It’s extremely hard to explain the feeling that comes from people enjoying something you create.  It’s so deeply rewarding!!

[BSV]  What was your inspiration for some of your songs? How did those songs come to be?

Perspective – This song was inspired by my brother Matt.  Born with spina bifida, he has had his share of battles throughout life, but is an inspiration to myself and Augie, and everyone else that knows him, as he never once has complained about life’s challenges thrown his way.  Losing perspective is a natural reaction to the myriad of obstacles that come our way every day.  I wrote this song in an effort to speak to the importance of keeping things in perspective.

Meant For Me – Going through some changes in my personal life, I penned a song about being at a crossroads, and moving forward, free falling into the unknown life ahead.

Girl Like You – This song co-written by a couple hit writers out of Nashville was presented to Augie and me by our producer Ric Web.  The song had a great feel, but was only half written.  Augie and I worked together to write the second half of the song, and create an appreciative love story from a gloomy outlook on relationships.

Cigarette – Was written by hit writers out of Nashville. It was presented to us by our producer.  This story had such a unique story, that they felt they had to record it.  It is by far, the Ultimate gloom and doom of relationships.

[BSV]  What is the best part of performing?

[Mike]  The energy that we get from the crowds’ response to the music.  To see them smiling and having fun, and making lifetime memories with friends and loved one.  That’s what it’s all about!!
[BSV]  What are the top few gigs you’ve performed?

[Mike] We’ve been so very fortunate over recent years to share the stage with some of the most amazing National headliners at some very prestigious venues.  Some of our biggest shows would have to be NASCAR’s Tropicana 400 at Chicagoland Speedway during the pre-race ceremonies a few years back; Performing with Montgomery Gentry at Harley Davidson’s 100th Anniversary on Summerfest grounds in Milwaukee; and Headlining shows at the Taste of Madison and Bratfest over the past several years!!

[BSV]  What are the highlights from the past year?

[Mike]  We are thankful and humbled by the accolades over the years.  This past year we were voted Madison’s Best – Best Local Group, by Madison Magazine AND Madison’s Favorite Country Group of the year, by the Isthmus. And, most recently we received the Country Performer Of The Year Award at the Madison Area Music Association (MAMA) Award Ceremony.

[BSV]  What are some of the happenings that you are looking forward to in 2014?

[Mike]  We look forward to seeing familiar faces, meeting new people, and being part of many more great times had by all in 2014.  We have a great tour lineup and can’t wait to enjoy the summer with you all!!

[BSV]  What is one thing you’ve learned during your career in music so far?  Any advice for people starting out in the industry?

[Mike] Rule #1 – Have Fun!!! The people in the crowd can tell if you’re having fun or not, and if you’re not, then they’re not.  Make it fun, so that you enjoy it, and your crowd enjoys it!!

[BSV]  Anything else we should know about your band?

[Mike] Very possibly the only Unlce/Nephew duo out there…….most people think we’re brothers or cousins, but we’re uncle and nephew (Augie’s the uncle, by the way – older by a year and a half).  We’ve always been wanting to be unique, something a little different, and we believe that our show portrays that.

Find out more about Madison County: 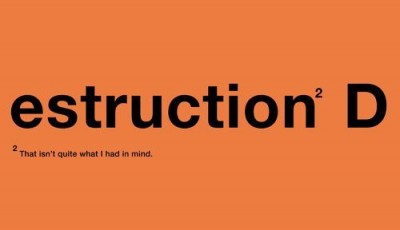 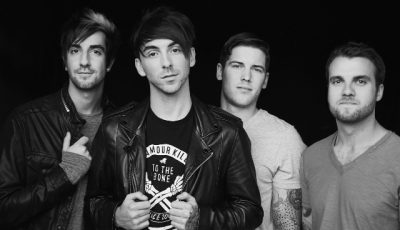 Q&A with ALL TIME LOW – Working with JOEL MADDEN + BLINK 182’s MARK HOPPUS On Their Sixth Studio Album, a Movie Debut and More! 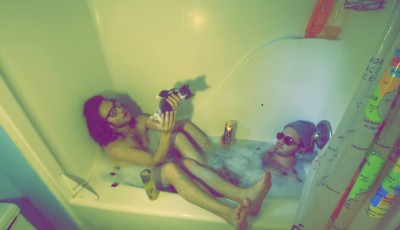