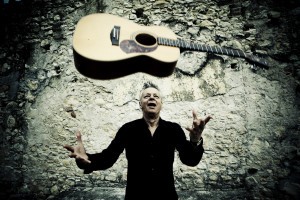 His discography includes over 30 recordings that span four decades along with multiple live and instructional videos.  In 2016, he recorded “Tommy Emmanuel Live!  At The Ryman” at the historic Ryman Theater in Nashville, TN. 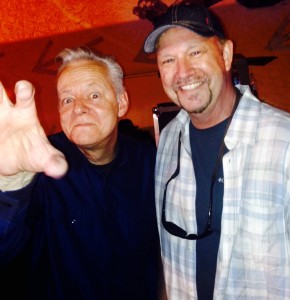 All Access Editor Mark Strickland recently caught up with Tommy Emmanuel at the 2017 Malibu Guitar Festival.  Check out Tommy’s insight on the guitar, his playing techniques and learn more about his guitars and his music below.

Thank you for taking the time out from your busy tour schedule to do this interview with us.  Your music is a unique combination of jazz, blues, bluegrass, toe-tappin’, foot stompin’ upbeat music with some amazing guitar fingerstyle and finger picking tricks thrown in for good measure.  You can really get an audience going either as a one-man band or when playing with others.  Please tell us about your journey with the guitar and how you developed this distinctive style of playing?

I never think about my playing as full of tricks because really it’s about the songs. It’s about the quality of the songs and the music. All the other stuff is just entertainment and surprise for the audience, but I don’t do that in every song.

Most of the songs I just try to interpret with as much feeling as possible. Some of the things I do, like whipping the capo off in the middle of a song and doing a key change, that’s purely for fun and as a surprise to the audience. You’re playing away and the audience doesn’t expect you to throw the capo off.  It’s a nice little thing to do that is unexpected.  It’s really all about developing a style that is attractive to the ear and the eye when you’re playing live because you’re in the entertainment business, so you shouldn’t look like you’re struggling with your instrument.  You should be looking relaxed and making people feel like they can trust you, that your arrangements are interesting and that is really what I’m trying to do.

My style is still developing. It’s based on the Merle Travis/ Chet Atkins kind of finger picking style.  But I play a lot of different styles and incorporate many of my flat-picking styles as well.  It’s really all about the songs and the quality and integrity of the song.

Who are some of the guitarists who inspired you to play?

I’ve not just listened to guitar players, I’ve listen to every instrument there is that I can get my hands on. I’ve learned from singers, piano players, saxophone players, bass players, and drummers. I’ve incorporated every style of music into what I do. It’s not just guitar and I don’t just study guitar. I listen more to music like everyone else … for pleasure and for touching my soul.  Also for enjoyment that’s what I like the most.  I don’t just sit around listening to guitar players. If that were the case I’d be bored in 10 minutes. I’m always listening to the radio.  I’m trying to figure out what people are listening to and hear the influences of the world around me. 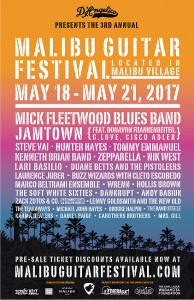 We enjoyed seeing you perform at the Malibu Guitar festival with other headliners Mick Fleetwood, Steve Vai, Hunter Hayes, John Hiatt, and many other new up & and coming artists.  Please tell us your thoughts on playing this annual event held in honor of the guitar?

The thing about playing festivals is that you don’t get a lot of time.  So you have to be really prepared.  I have a half-hour set.  What can I do in 30 minutes?  I can play as best as I can, choose the right songs and give the people a good time.  Thirty minutes is a blink of the eye.  It’s over so quickly so I have to make it count.  I have to go out there and floor it and go straight to fifth gear when I get out to the stage and that’s where I stay.

You’ve done some great renditions of some well-known standards and you’ve written some classics of your own as well.  How do you capture the inspiration when it comes, and how do you approach putting your own signature on someone else’s song?

When you do a cover of someone’s work, particularly a song that’s well known all through history, you’ve got to learn the song properly. You need to hear the original version and learn the melody as the composer intended, then if you want to change things around and make your arrangement unique to you, you can do that, but you need to learn the song properly first.  Whenever I’m learning a song that I want to do a cover of I usually go and listen to the original. If it’s a song, maybe a standard from years ago, I might listen Frank Sinatra sing it, giving me the original melody. I very rarely ever listen to another guitar player’s version of a song unless I was curious on how they approached it. I usually go back and listen to the song as it was originally done, then I go back and go my own way with it. I want to stay true to the melody but yet come up with interesting ideas that are uniquely mine. That’s how you put your stamp on something.

Who are some of the new players that you admire?

There are a lot of young players out there now days. Some of my favorite players are Steve Lukather, Larry Carlton, B. B. King, Eric Clapton, Steve Vai and Joe Satriani.

Joe Satriani for me is the best electric rock player I’ve ever heard and I love his writing and production. I love everything that Joe does and he’s a big influence for me as far as the quality of his work goes. I listen to everybody from Elvis Presley to Robert Johnson. I listen to all kinds of music; classical, jazz, rock ‘n roll and grunge.  I don’t walk around listening to music all the time.  I mostly just listen to things if I’m interested in them. I’m always looking for a good influence in every way whether it’s songwriting, production, arrangements or cool ideas.

*Special thanks to Mary Rusyniak who contributed to this interview.

For more information on Tommy Emmanuel’s music go to: www.tommyemmauneul.com.

To learn more about the Maton guitars he uses, go to: www.maton.com.au

An Interview With The Progressive Post-Hardcore Band, EIDOLA! 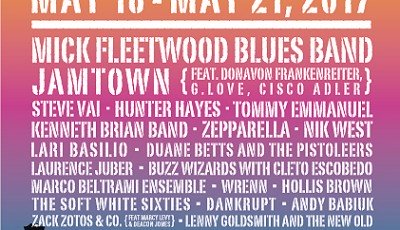 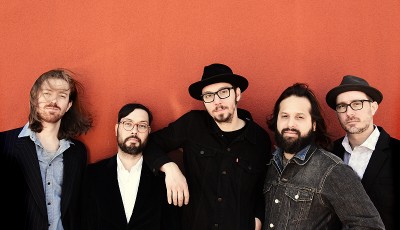 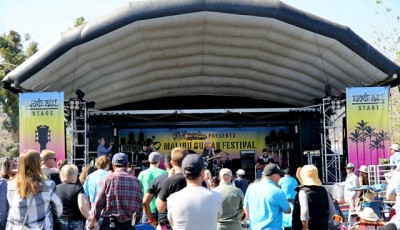 A Recap of The Recent MALIBU GUITAR FESTIVAL!