An Interview With Former PUSSYCAT DOLLS Member, J. SUTTA On Her Debut Solo Album, Her Sound and More!

The album, executive produced by multi-Grammy Winner Rico Love and features the talents of powerhouses PItbull, Liam Horne, Will Peters, and Fuse ODG, is an elegant blending of Electronic and Pop and places the personal journey in song of J. Sutta’s blossoming as a solo artist post stardom of The Pussycat Dolls. The album includes previously singles “Forever” and “Distortion” where the former was the #1 independently released song on Top 40 Radio for four weeks straight with over 1.5 million streams and over 2 Million views on YouTube and “Distortion” recently was #1 on the Billboard Dance Charts.

Keep up with J. Sutta Here:

Learn more about J. Sutta in the following All Access interview:

Growing up, did you always want to be a musician? Can you recall your earliest musical memory? Could you see yourself doing anything else today?

I always wanted to be performer since I was a little girl. I remember my first experience on stage as if it were yesterday. I was three and dressed in a Skunk Costume. I can even feel the glare of the lights on my face right now, as I reminisce about it. I practiced my skunk dance routine everyday, then finally, show day arrived.  I was so excited on stage that I got distracted as soon as I saw my mom in the crowd. I moved in the opposite direction that I was supposed to in the line and basically created a human pile up. I quickly realized what I had done, and ran as fast as I could on my tip toes(as I thought ballerinas do!) to correct my mistake and got us all back in line in the right order. I will never forget the roar of laughter from the crowd. That feeling from the experience, set it in stone for me. I wanted to be a performer for the rest of my life. There is nothing else I would rather do today. 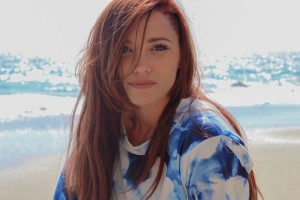 Congrats on recently releasing your debut album, “I Say Yes”! First things first, how long have you been working on putting this collection together? Have you been wanting to work on a solo project for quite some time? What does it feel like to finally put it out into the world?

They say that your first album is your opportunity to tell your life story so it has really been years in the making. I feel so accomplished having released this body of work. I have grown immensely as an artist and as a human being throughout the process of making “I say Yes”. It is a true reflection of where I am as an artist today. I am so proud to have something I put so much of myself into and to have it out in the world. I hope the album inspires people who listen to it and the authenticity of the feeling within each song connects.

What was it like working with Pitbull, Liam Horne, Will Peters and others on “I Say Yes”?

It was a dream to have a feature like Mr. 305 himself. I am also a 305 native. I literally screamed when I found out!

Liam Horne is a force to be reckoned with. Expect big things from this kid.

Will Peters has a heart of gold and so incredibly talented. He’s like brother to me. Mark my words, he will be a huge star one day.

How do you think your time with The Pussycat Dolls prepared you for this solo venture? Do you think that your sound is vastly different then the music you made with that group?

Being a part of PCD was truly a learning experience in every way. It taught me how to have amazing work ethic and how imperative time management is. My sound is vastly different because it’s my voice and the sound has more of a pop-electro house vibe which is music I naturally gravitate towards more. It beats to my pulse and is true to who I am.

Do you have plans to tour much this year and play out live?

I start my tour of April 1 in Chicago, and I will be touring east coast of the US soon after that. If you follow me on my socials, you can see my tour schedule. I’m super excited to perform all my album songs for the first time and also to do some acoustic sets with just me and the piano, which I have been learning.

Who are some of your favorite musicians? What musicians would you love to work with in the future?

I love Michael Jackson, Rihanna, Beyonce, Erykah Badu, Alicia Keys to name a few. I would love to work with Lady Gaga. She is so impressive and such a well rounded and innovative artist. There’s nothing that girl can’t do. She inspires me everyday. I would love to do music with her and film a super left field and creative video or film with her someday.

At the end of the day, its always about love. Loving yourself most importantly so that you have the capacity to truly love others. I sincerely hope my music heals people and makes them happy and inspires them to dance, a lot. I have had to overcome so many obstacles and challenges and am willing to go through a lot more to get to where I’m going and no matter the knock backs and falls I keep going and I believe that is also one of the important underlying messages in “I Say Yes’ that I hope people can relate to and be inspired by. 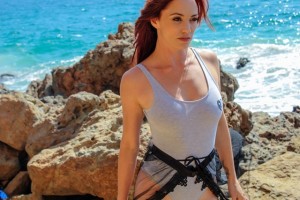 If there is anything in your life that is not healthy, positive or productive remove it or them. As a former people pleaser (Been working on that a lot) I have finally realized that the best and most authentic way to make others happy is by honoring your own happiness. You will surprise yourself with a life that you only dreamed existed. You deserve it. Just say, “Yes” to all of the good things that you deserve. I Say Yes!

An Interview with the R&B Singer-Songwriter, LEELA JAMES!