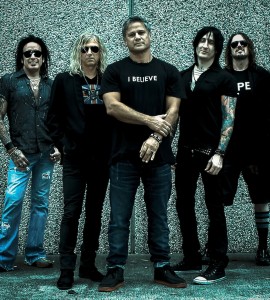 Classic rock supergroup The Dead Daisies recently kicked off a run with arena rock monsters KISS and Def Leppard, where they are providing direct support for the tour. We spoke to The Dead Daisies’ keyboardist Dizzy Reed, who is well known for his tenure with Guns N’ Roses.

Joining Guns N’ Roses in 1990 following an invitation from lead singer Axl Rose to record on both Use Your Illusion albums, Reed’s timeless notes can be heard in ballads such as “Knockin’ On Heaven’s Door” and “Civil War,” plus two of classic rock’s most recognizable keyboard intros, “November Rain” and “Live and Let Die.” Aside from Rose, Reed is the longest-standing and only member to remain in the original Guns N’ Roses lineup from the Use Your Illusion era, and was inducted into the Rock and Roll Hall of Fame in 2012. While he still plays with Rose and the newer Guns arrangement (including Richard Fortus), both Fortus and Reed are also members of The Dead Daisies, which currently includes Jon Stevens (INXS), David Lowy (Mink), Marco Mendoza (Thin Lizzy), and Brian Tichy (Whitesnake). Past rotating members have included musicians from The Cult, Nine Inch Nails, and the Rolling Stones.

The Dead Daisies’ new EP Face I Love is their second release and features the band’s iconic skull logo on the album cover, this time comprised of thousands of photos fans sent in via a special app of “people they love.” Reed, who is speaking to us en route to final rehearsals before embarking on tour, mentions that four extra songs aside from the EP have been recorded and will be released soon, hopefully in a full-length album. “We’ll write some more and keep plugging away,” he says, once the tour wraps up. In the meantime, Reed gives us a breakdown of the new EP, his inspirations, his favorite Guns N’ Roses memory, and his views on today’s music industry. 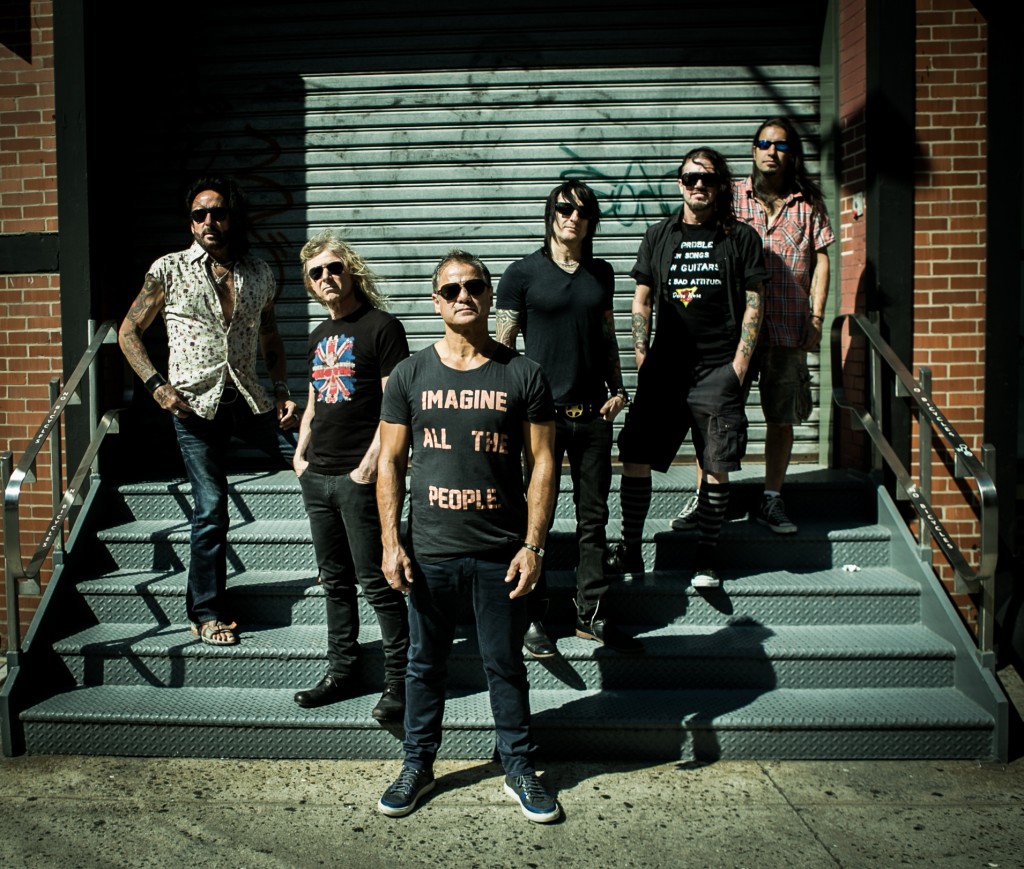 Where are we chatting from today?
I’m sitting in traffic heading through the tunnel into New York City from New Jersey, so I may lose you… but hi! How’s it going?

Pretty good, pretty good. What are you doing over in New York?
We are here to rehearse and kick things off for this next leg of the tour.

What kind of set do you have in store for the tour?
I think we’re just going to come out and do a kickass rock show every single night. That’s what we do.

Have you ever toured with KISS or Def Leppard?
No, I have not, but I have been fortunate enough to see them both in concert.

Your new EP [Face I Love] is also being released close to the same time the tour starts. Are you happy with the results?
I love it! The songs are great and I think it all came together great, and we sound great together, too.

What was the creative process like?
We literally got together in a room and started throwing around ideas. We had a bit of a time limit so we had to be done with them. It wasn’t easy, but there was a little bit of magic involved, I think.

Does having album deadlines put pressure on you?
Yes, but myself especially—I work way better under pressure. You have to have that sort of make up to even be in a rock band and perform at this level. You have to do well under pressure, and I love it. Bring it on!

So what led to the “Helter Skelter” cover on the EP? Are you a Beatles fan?
Of course. I mean, if you play rock music, and you’ve been doing it as long as I have, you can’t ignore the Beatles or deny them. They’ve probably influenced everybody that plays rock ‘n’ roll music now. I love the Beatles.

The album art is a collection of thousands of photos fans submitted of people they love. That’s a cool idea. Who came up with it?
I don’t know who exactly came up with that idea, but it’s a damn good one! It’s a great way of involving fans because at the end of the day, that’s who we do it for—we do it for the fans. We don’t do it for ourselves; we do it for the people who come out and love rock ‘n’ roll music.

Who inspires you as a keyboard player?
My grandmother taught me how to play. From there, it was just a lot of the greats. We just finished touring with Lynyrd Skynyrd and although he’s no longer with us, their piano player Billy Powell was a big inspiration and influence. Jon Lord from Deep Purple also inspired me quite a bit, and then Elton John as a singer/songwriter. Little Richard, Jerry Lee Lewis, and anyone who has ever played with the Rolling Stones.

When you joined Guns N’ Roses around the Use Your Illusion era, what memories stand out?
That’s when I first joined the band and the first show I did was, from what I remember, for 100,000 people when I first went onstage with Guns N’ Roses. It was [also] pretty cool to hear something that I wrote played on the radio for the very first time, ‘Civil War.’ But everything else after what, I don’t really remember (laughs). It was good times, though.

Was it all just a blur after?
A little bit, yeah. We had a lot of fun. We really did.

What are your thoughts on the current state of the rock music industry in comparison to its state 20 years ago?
I think there are some people my age who think it’s gone or gone down, but I don’t believe that. I think it’s just different. Everything changes but your main goal isn’t to sell millions of records anymore because you can’t. Your main goal is to just get noticed and get your songs out there and listened to. It [listening to music] has a different format and there are different ways of doing that now. At the end of the day, nothing is ever going to replace seeing live music, seeing a band play live. I think that’s the most important thing for younger bands to understand. Even though you can make a record in your living room or your bedroom now, for that matter, you still need to go out and play in front of people. It [the music industry] has changed and you have more access to listen to more bands now than ever before. In the past, you would listen to whatever the record companies decided you would be listening to; now, you don’t have to do that. You can find all kinds of cool bands to listen to. I guess the downside of that is maybe there are too many choices, so it’s harder [for a new band] to get noticed. You still have to work hard and you still have to kick ass live. Rock ‘n’ roll is going to live on.

Does technology like torrents and streaming music have a negative effect on sales [since people are easily getting music for free]?
It certainly has a negative effect on people who are trying to make a living [in music], but that’s the way it is. People have always pirated music to some degree. You know, you could make a cassette tape off your friends’ records, so you didn’t necessarily always have to buy the music, but now it’s really easy to do that. For the entire music record industry as a whole, it certainly has had a negative effect—a lot of people lost their jobs because of that and it’s harder to make money, but for the listener, it’s great because music is for the people and always will be.

What do you think gets a rock band further today: their image or their sound?
I’d always say their sound. Songs are important and it’s not easy to write good songs. I think that should come first. Obviously you want to have some sort of image, but images will only be relevant until they’re out. You’ll need to change [your image], but good songs will stick around forever.

An Evening With the Folk-Pop Musical Pair, Us The Duo!

MADE Underground Music Series Comes To Malibu. Hosted by Alex Da Kid With A Special Performance From X Ambassadors and Jamie N Commons.