An Interview with David J (Bauhaus/Love and Rockets)

Whether or not you are a fan of the 80’s punk-rock groups, Bauhaus and Love and Rockets, you should really get to know, the legendary bass player for these bands, musician David J, who released his latest solo album in April entitled An Eclipse of Ships. In fact, for over 3 decades, David J has built a cult following of dedicated fans that have journeyed with him as he explores the “avant” in avant -garde through his creative interpretation in music and theater. Yes, that’s right theater, he previously wrote, directed and scored The Chanteuse and The Devil’s Muse.

Recently, I was fortunate enough to pick his brain a little about his music and life now.

Your new album An Eclipse of Ships was 104% crowd-funded through Kickstarter in January to secure the manufacture, distribution & promotion + video + tour. Tell me about that experience and would you do it again? Were there advantages and disadvantages to doing it that way?

Yes, it’s a great way to work as it cuts out the middle man who, in my experience is often the man who has no real interest in music but only in figures. With crowd sourcing, one enters into a collaborative relationship with the true music fans. There’s a lot of heart there. The downside to the DIY process is that it’s a lot of work to keep abreast of everything but it certainly is worth it and I really appreciate the great support of the public in these endeavors. 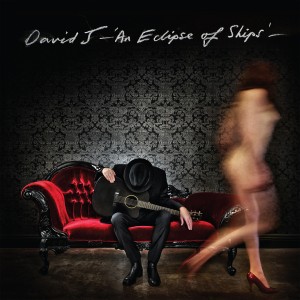 I have read that An Eclipse of Ships is a female centric album that is a departure from your previous work. Please explain that. Why is that so?

Well, I wouldn’t say that it’s a complete departure as musically the new album is similar to early albums like Crocodile Tears and The Velvet Cosh and Songs From Another Season. The ‘female’ theme has also been explored right from the start albeit not in such a concentrated manner. I mean there are songs about women on my debut album, Etiquette of Violence and every record that followed. I LOVE women! 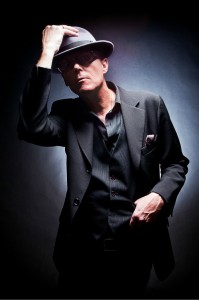 Please tell me about your experience at SXSW? You are noted as being a “must see” by Spin Magazine and it was one of the first times anyone from Bauhaus has performed. What was it like performing there knowing that?

Actually, I believe that Mister Murphy performed there recently as well. It was a great experience! I had a wonderful live band, basically the group that appears on the new album. Originally we were only booked to play one showcase but then two other gigs were added. Austin is a proper music loving town and the audiences really listened.

I have always enjoyed the camaraderie that comes with being in a band but I have that with the new bands that I play with. (There are about five at the moment. ) Sometimes I do miss the big stages that we would play with the old bands but then again I also relish the ( often magical ) intimacy that comes with a small venue.

When you first went out on your own, did you actively seek out music that was completely different then Bauhaus and Love and Rockets? How different is your own music today?

I simply played the music that I was into at the time and that has always been my m.o. My music is always evolving but still relates to that which I was playing in the old bands, especially Love and Rockets. The feel of the new album compliments a record such as ( L & R’s ) Earth, Sun, Moon and we have been incorporating several songs from that in the live set.

You have been touring the past few months. Where to next? Who are you touring with? How different is being on the road now then when you were with Bauhaus and Love and Rockets?

Well, I have recently been trying to set up more dates with the band that played at SXSW but the problem is that they are all in such high demand as individual players that it is proving to be very difficult. I recently played some dates with another band, The Gentleman Thieves, which is more of an electric rock n’ roll band. We are scheduled to play the Desert Stars Festival in Joshua Tree, CA in early October. After that I will be concentrating on promoting my book. To which end I shall be doing some special dates which will consist of readings plus some stripped down live Bauhaus songs. 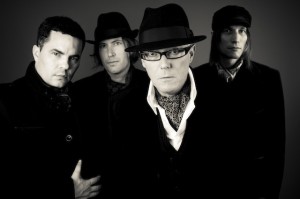 David J and The Gentlemen Thieves

Who are some bass players that you admire?

Paul McCartney, especially circa 1966 and the Revolver album. I love how melodic he is and yet still driving. Reggae / dub is a huge influence, so Errol “Flabba” Holt for sure. Which puts me in mind of the brilliant Jah Wobble. Fernando Saunders is great. I really liked his work with Lou Reed. Also, the great Danny Thompson, who I had the privilege of working with when he played his famous old stand-up bass known affectionately as ‘Victoria’ on my Urban Urbane album in the early 90’s. Also, my friend, side man / manager, Mr. Darwin Meiners is no slacker on the four strings!

If you could choose any band to join today, living or dead, who would it be?

That’s a weird question as any band is a product of its own personal chemistry so to add oneself or anyone else into the mix means that it is not longer the same band. Having said that, The Velvet Underground in 1966. Cale could concentrate on the viola!

It was probably something that my mother was singing as she was cooking in the kitchen. I have very fond memories of hearing her sweet voice when I was very little. As for a record, I recall Sunny Afternoon by The Kinks making a big impression on me when it came out in 1966. I would have been nine then.

Who do you enjoy working with? Anyone that you would still like to collaborate with now?

I love collaborating with other artists. It always produces the unexpected and music which can only come from cross fertilization as it were. I really enjoyed the tracks that I did with the Dutch band, Stage Attractor. Also, one of my main musical collaborators, Ego Plum is always a joy to work with.

As for an artist that I would like to work with in the future, well, there are two female artists, one a singer, the other, an actor, both of whom I have been intrigued by and admired for some time and with whom there is a great possibility that I will be working very soon. Sorry to be a tease but I really can’t say any more at this point in time. 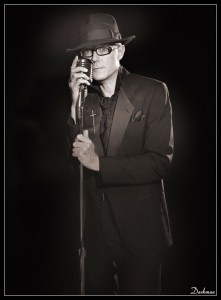 What musicians are you enjoying right now? Who are some newcomers that you think are going to be HUGE?

I love The Tame Impala and have been blasting them of late. The Black Lips, I caught them live whilst on tour in New York and they blew me away! Whilst in Canada I managed to pick up some recordings by the poet / musician / actor, Lewis Furey, so I have been rediscovering that old love. As for artists with potential to be HUGE as you put it, I think that London Grammar are excellent and could go far, also Lorde is quite exceptional. Chelsea Wolfe is extremely talented as well. Likewise Chrysta Bell, I loved the This Train album that she did with David Lynch. See, we’re back with the ladies again! All roads lead to . . . .

How does your songwriting process work?

The songs just bubble up. It’s always the lyrics which come first and their meter and rhythm along with the sentiment / feeling of the words suggests where the music should go.

How do you balance your music with other obligations like family?

With a little less difficulty than in the past!

When it comes to writing and directing plays, can you talk about that process and what it’s like to switch hats? Did it come naturally to you?

It came very naturally to me and it is an extension of the theatrical element that has always been there in the music. I like to work with multi-media so these productions incorporate lighting, film, drama, music, butoh, performance art etc. It means that there are a lot more colors on the palette with which to ‘paint’

What drew you to the subject matter to write and direct, Silver for Gold (The Odyssey of Edie Sedgwick)?

I have always found Edie Sedgwick to be a compelling character. Originally I wrote a song about her and that was going to be it but then, David Wiseman with whom she made the movie, Ciao! Manhattan encouraged me to extend that into something more and it eventually became a full blown multi-media play.

Tell me about your memoir. What can people expect to learn from it?

Well, it’s a true inside story. I’ve always kept ‘on-off’ journals, so I had that material to go back to as well as all my old diaries. It is not a conventional music memoir as it covers a lot of occult subject matter which ties in very directly with the over all story. It will be revelatory.

Describe the music business today. Would you agree that the need for major labels is dwindling?

Oh, yes! It’s better for art now that there is not so much commercial pressure but then again, there is so much out there and dispersed through the internet that it is somewhat overwhelming. There is some great music being made today, you just have to sort the wheat from the chaff.