An Interview With BRIAN MACKEY On His Latest Single ‘Learn To Be’ and More! 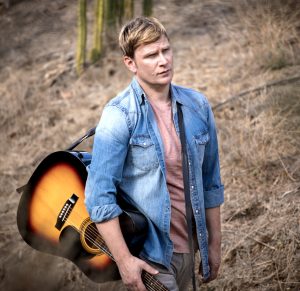 Brian Mackey knows that there are few things in life as brutal as a breakup. Once we’ve become accustomed to the support of a partner, we can find it nearly impossible to stand alone; it’s no great exaggeration to say that we’re forced to learn to walk again. But emotional turbulence has often prompted gripping, forthright art, and Mackey’s latest single is just that kind of a song. “Learn To Be” is an aching, unflinching look at dependence within a troubled relationship – the lament of a man who is searching for a lost sense of self in the long shadow of his partner. It’s exactly the sort of writing we’ve come to expect from Mackey, an earnest chronicler of the human heart whose private reflections always have universal dimensions.

To translate the story of “Learn To Be” to moving images, he’s turned to the Argentine filmmaker and artist Caro Patlis, who brings his song to life in bold color. Patlis has won international recognition as a director, but she’s also a trained photographer, too – one who has worked for the legendary Danny Clinch – and her attention to composition and visual detail is apparent in every frame of the “Learn To Be” clip. Here her camera follows a young painter whose latitude for expression is compromised by his obsessive dependence on the women in his life. Just as their protagonist flings paint at his canvas in frustration, Patlis and Mackey confront the viewer with scenes that are provocative, colorful, maybe a little messy, but always compulsively watchable.

“Learn To Be” is the lead single from Brian Mackey’s upcoming EP – one that’s poised to extend a winning streak that began a decade ago with the imaginative, playful Feng Shui For Slobs EP. That disc earned Mackey his first placement (the song “Painted Red,” which was featured in the Disney Channel’s Naturally Sadie), and the singer-songwriter hasn’t looked back since. With its cinematic scope and its immersive beauty, Mackey’s music is a natural fit for television and movies, and his songs have scored programming on the Travel Channel, A&E, Lifetime, and numerous other filmed projects. Broken Heartstrings, Mackey’s 2014 set, earned him attention on CMT for the expansive “America”. He’s persuaded ace producer Jon Levine – the man who put the muscle in Rachel Platten’s “Fight Song” — to man the boards for his set. He’s on the brink of a major breakthrough, and we won’t be surprised at all if “Learn To Be” is the single that makes the telegenic Mackey a star.

Brian just wrapped his Summer US tour at the City Winery in NYC, supporting the legendary David Bromberg. This month and through November, he heads off to a 10-city European tour with artist Ron Pope.

Learn more about Brian Mackey in the following All Access interview:

– Thanks for your time today! Where does this interview find you today? Is there music playing in the background? If so, what is it? What music gets you instantly out of a bad mood?

I’m currently in NJ on my front porch with the dog .. just the sound of cars going by .. But if there was music playing  to get me from an off mood it would be Rock the Casbah by The Clash

– Growing up, did you always want to be a musician? Can you recall your earliest musical memory?

I’ve always had the inclination and desire to create form the beginning.. A soap microphone in the bathtub singing Let it Be .

– I always like to ask artists about where they came from and how that city or town has influenced them as an artist now. So how do you think your hometown in New Jersey has affected who you are as a musician and the art that you create?

I’ve moved around a lot as a child and picked up flavors and styles from the different places I’ve lived .. New Jersey is one place that shaped me in a way that balances with just the right amount of dream your way out with everyday blue collar honestly .. 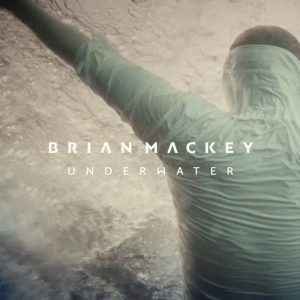 – Musically, did you approach this year any differently then you did last year? How has 2017 been treating you and your career?

I’ve been busier for sure this year than the last and mostly from my increased determination and focus .. So 2017 has been a better year overall so far! I wake up earlier cause a have a dog who steps on my face in the morning so I’ve been getting up earlier..

– Let’s talk about your single “Learn To Be.” Where did the inspiration for it come from? How do you think this track prepares listeners for the rest of your forthcoming EP?

Learn To Be was written out of the end of a toxic codependent relationship and from my renewed sense of my own identity spawned the mood and vibe as well.. I’m hoping that listeners may find commonality in it..  It sets the stage for the EP so I hope ..

– What was it like making this EP? Did anything surprise you about the whole process? When do you hope to release it?

The songs in this EP were recorded in LA with producer Jon Levine ( Andy Grammer & Rachel Platten ) Jon is an excellent coax in getting what he wants out of you .. Which made for an experience that was challenging and rewarding. We are scheduled to release in January 2018

– What was it like making the video for “Learn To Be”? How did you get to work with the Argentine filmmaker and artist Caro Patlis?

The process in making the video for Learn To Be was really different for me .. It was written remotely between the Director Caro Patlis Beth Slocum and me with many revisions and fixes before and filing was done .. Then as it was being filmed in Argentina I was privy to the filming each day via FaceTime.. And in realtime so it was like being there .. Caro and I met when she was a student at NYU 4 years ago and she had done photography for another release called America .. she’s wonderfully talented.

– With the summer over now, what is something fun that you tried for the first time?

This summer I tried parasailing 😉😎

– How were your summer tours? What were some of you favorite venues and/or crowds? Where can people see you perform live next?

I’ve performed this summer as support for the legendary David Bromberg who’s worked and recorded with the likes of George Harrison, Bob Dylan and the Eagles .. So these were a savvy and seasoned crowd! They were in larger theatre’s and listening venues without the hipster pretense and gimmick.. I’m now off to do a 10 City 10 day tour in Europe with Ron Pope .. brianmackeymusic.com has all the details

– We are living in a crazy and at times rough world right now so I am curious how you think being a musician gives you the most joy in life today? Do you think that new music being created today is going to reflect these hard times?

We are living in a time without both ..  so In ways today is much better.. we need unite and stop the blame ..Color, religion  gender should not be the focus of identifying the soul and the goodness of a peoples actions should..

I’m a fan of some new but the old has soul that I think can be lacking in today’s music.. I’m a huge fan of old Motown and 60’s and 70’s music

– Who are some of your favorite artists or rather, what musicians have continued to inspire you and your music? What musicians would you absolutely love to work with in the future?

Voices I hear are old Lionel Richie, Elton John and Jim Croce .. stuff that makes you feel.. Love to work with Birdy 🙏 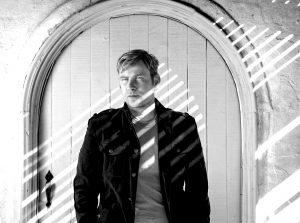 – What do you hope fans take away from your music? Do you think that your music has a singular overall message at all?

Love .. I think Love should be the message .. simplistically pathetic I know but if Love is there I’d really love that!

– What advice would you give to a young person who is thinking about becoming a musician one day?

Don’t listen to doubt.. Some will never accept or understand who you are or what you wish to become .. Be the stronger than the fear of an unknown path and just create

– Is there anything else that you would like to share with our readers about yourself or your forthcoming music?

An Interview With Genre-Bending Quintet, THE DULL BLUE LIGHTS!