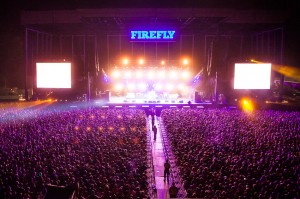 Dover, Delaware was taken over by music lovers last weekend at the Firefly Music Festival. According to Red Frog Productions, the creators of the festival, announced that about 80,000 attendees and 1,400 volunteers gathered to hear the likes of the Foo Fighters, Outkast, Tegan and Sara, Cage the Elephant, Girl Talk, Weezer, and more.

Looking back, fans note a wide variety of memorable moments, which made the issues of confused state troopers and clouds of dust mere bumps in the road.

Attendee Susan Mecca Gibbons notes that, “this guy lost his wallet crowd surfing during AER and had it returned to him… so many random acts of kindness… swapping, borrowing, and sharing with neighbors at campsites was nice. It was great to help people out and be appreciated… also the random high-fives and all the offers to put my daughter [age eight] on shoulders.” Sam Bailey reiterates, “It was amazing to see all the excitement of strangers and new friends! It’s amazing how music can remove all hostility.” Strangers helping strangers was definitely a common vibe throughout the festival—whether it was a helpful attendee or caring volunteer—even the Delaware police noted that there were very few incidences that required their expertise. 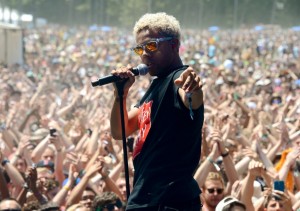 The bands were clearly the focus of the festival and they didn’t disappoint. Cory Marker said, “I thought the dual performances were awesome… The Lumineers joining Jack Johnson on stage and Cage the Elephant joining Imagine Dragons.” Natalie Jackson recalls, “My favorite moment was laying in the hammocks and hearing Bleachers play ‘I Wanna Get Better.’ I had kid of a personal revelation in that moment.” Ed Stryker said, “My favorite moment happened at Third Eye Blind…. Not only did [they] put on a great show, but when [lead singer, Stephan Jenkins] spoke about thanking us for supporting his music and appreciating his music. You could tell that he meant it.” John McCarrick was all about the fun and remembered, “when Martin Garrix did a sit-down and everyone actually participated and sat down and then jumped up as soon as [the beat] dropped.” Tyler Ruenroeng, noted that, “Shakey Graves stole the show for me. The brilliance of his musicianship and live performance was absolutely beautiful.” Jessica Evelyn recalls both the good and the bad, “Cash Cash! Silent Disco at The Thicket! Jack Johnson! Girl Talk! Outkast! Ziggy [Marley] was awesome! But the dust has [got] to go!” By day four on Sunday, the dust hung low from stage to stage and concert-goers were covering their noses and mouths. Trucks wet down paths behind the scenes, but that did little to help the air quality for those walking from stage to stage. 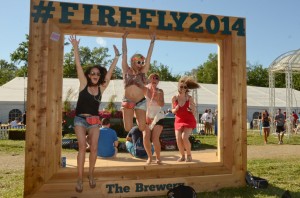 Some parents used the festival as an opportunity to bond with their children in rare and unique ways. Susan D’Angelo said, “…most of all, this was a 16th birthday gift for my daughter, arguably the biggest Foo Fighters (and now, The Holy Shits) fan ever. Nothing made me happier that being able to give her the gift of Dave Grohl!” Some mom were smart enough to team up so everyone could enjoy the festival. Parent Rebecca Wilson Lowe mastered it all and said, “Two other moms and I chaperoned eleven teens (four boys and seven girls) there…. The environment there was safe and the people were (for the most part) chill, so never once did I worry about them. It was an amazing experience for these young people to have….” Lowe and friends managed to see the acts she wanted to see while keeping in constant contact with the kids. At least 20,000 people decided to camp on-site, while other attendees chose the comfort of an over-priced hotel room. No matter the accommodations, a great time was had by all despite the Dover Dustbowl.  See Our Firefly Band Interviews Here >> 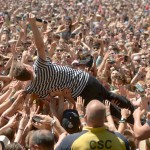 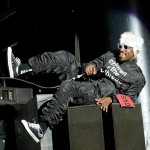 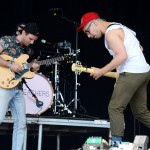 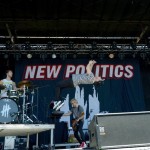 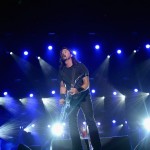 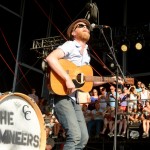 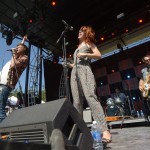 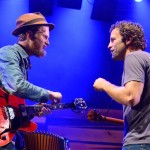 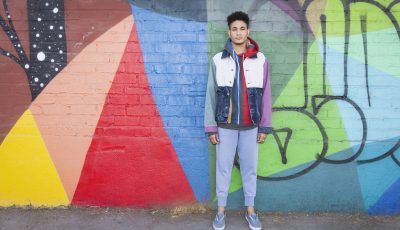