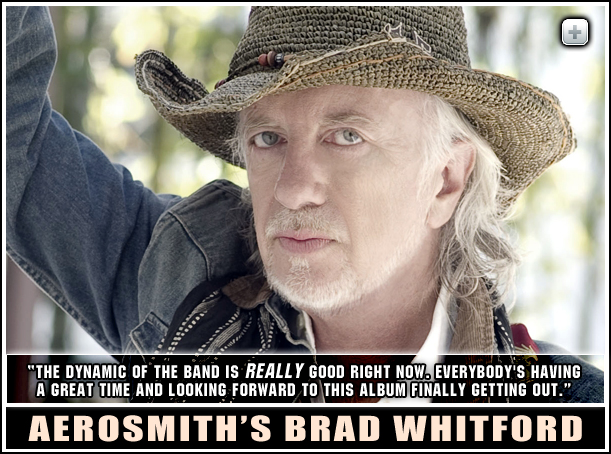 AEROSMITH’s fifteenth studio album, MUSIC FROM ANOTHER DIMENSION!, will be released November 6, 2012 and presents Aerosmith at their absolute peak of fiercely superior sonic capacity. The band reaches the zenith of their creative command and understanding of quality organic sound. Featuring the band working with their strengths in a way that has not been heard from in a long time, this album is sure to be an instant favorite for long-time fans and new audiences alike. For a lesson in songwriting and appreciation of music at its best, “MUSIC FROM ANOTHER DIMENSION!” is a full length audio buffet of sweet, killer sounds from a band that has come to truly be one of America’s greatest rock n’ roll outfits of all time.

In a recent interview, Aerosmith rhythm guitarist, BRAD WHITFORD, discusses how cool collaborations with the likes of CARRIE UNDERWOOD, JOHNNY DEPP, and JULIAN LENNON came to fruition. The guitar legend ponders the potential future of Aerosmith without a label and enlightens on how sobriety has changed not only his life, but also the dynamic of Aerosmith for the better.

How do you feel about the new album, Music from Another Dimension!?

I had a great time doing it. We worked with Jack Douglass on it. Jack is a great friend and a lot of fun to work with. We had many laughs. It was a really fun project. I quite enjoyed the whole thing very much.

What kind of equipment are you using?

I stick to the real basics: a good guitar and a good amplifier. It hasn’t really changed from the beginning. We just go for good ole’ classic sounds, and that’s always been my approach. I’m a child of the British Invasion in music, and that’s what I base my approach on. Get a good guitar and plug it into a good amplifier. I’m all about the performance.

How did the album title originate?

We tossed around all sorts of titles and ideas. We’ve come to learn that the title really isn’t all that important for the music except for packaging. The title is secondary. This title was something we all really liked. We had many ideas, and actually, we were going to go with a twist on that title but ended up sticking to the original concept. We like it and like the comic book concept that is going with it. We had another idea we were going to do concerning dementia, but we decided not to go there because that’s a real problem for people. We left it ‘dimension.’ it just stuck, and … we couldn’t come up with anything better.

You wrote the track, ‘Street Jesus’ – what was your inspiration?

The body of that song is a riff that I’ve been kicking around for years. We finally buckled down and turned it into a song. It was nice to close the door on that lick and actually have something done with it.

There are references to older songs in the lyrics on this album. Do you listen back to some of the old records for inspiration?

No, we don’t end up doing that many times. I don’t think we had to. The references come natural.

On this album, Aerosmith collaborates with Carrie Underwood, Johnny Depp, and Julian Lennon. How was it working with these other artists?

We’ve been collaborating with other artists song-wise for a long time. Johnny is a big fan and a friend of ours. He happened to be around the neighborhood when we were working and started coming to some of the sessions. It was just a natural fit. He’s a heck of a musician on top of being an amazing actor.

Carrie Underwood was someone who we talked about for a little bit. We decided to pull the trigger on it. We got in touch with her, and she happened to be quite near by, came over, and just nailed it in one session. I think Steven and her singing together is just phenomenal.

Julian was staying at the same hotel that we were staying at while we were doing some sessions this past summer. It was just another natural thing. It’s amazing to hear his voice. He sounds so much like his father. What he and Steven did was very ‘Beatles-esque.’ It’s kind of spine tingling, I think.

For the tour, what is the ratio like from old to new workm and how has the response been to the new material?

We’ve started to play some new songs live, and it’s a very natural fit with the old songs. Everything is flowing really well together. The response has been very good. Many times, you play new material and it can go over people’s heads. Sometimes it’s a little different, but we’ve had a much better response with this new material live.

Is Aerosmith planning to have any cameos on tour from the other artists that collaborated on this album?

That’s usually spur of the moment. We played end of July in L.A. and Johnny Depp came on stage to play with us on ‘Train Kept a Rollin.’ Those things just happen on the fly, really. If it happens, and they are around, then they’ll more than likely be up on the stage.

What do you feel about using the technology, social media, and facing the change in the industry today?

This is the last album we did working with Sony, and the change presents many challenges. The business has changed so much, and I think it’s still evolving. The videos used to go right to MTV and VH1, but now videos are something that is primarily on the internet. You have to try and attack from as many different angles as you can. You have to be on the net, and that includes our live concerts. It’s kind of wide open and so different from what we used to do. The landscape has changed so much.

Is the band going to do the next album yourselves or get re-signed?

We really don’t know. We would like to sell the music ourselves, but we don’t know. We could be presented with any number of opportunities in some other way. We’ll just have to wait and see if we get any outstanding offers and maybe sign with somebody. Maybe we’ll just get a distribution deal and sell the records ourselves.

What advice would you give to an artist just starting out or another artist trying to stay relative?

Everybody is basically doing the same thing by using the internet as a marketing tool. My advice is don’t sell your publishing rights. Don’t sell anything away. Bands can do pretty well just selling their own music.

Many big artists have found success selling their own records without a label.

Yeah, it certainly makes sense. If you’re established like we are, it’s kind of a no-brainer.

How has sobriety affected your life and the life of the band?

Sobriety certainly helps your work ethic; helps get things done in a timely fashion, and people showing up everyday. Being a musician, alcohol and music seem to go hand in hand for a while, and then things just go south. Your body just doesn’t want to deal with the alcohol anymore, and you’re left to suffer. That’s not a creative place. In general, it makes life hell. It’s had an enormous impact on our ability to get things done and our friendship, our relationship, is much better. Sobriety has helped us move on from where we were. All of us at some point were in some kind of trouble with that. It’s nice to move on and grow up a little bit.

Therefore, you have to remove the ‘drugs’ from the ‘sex, drugs, and rock n’ roll’ stereotype.

You know, it didn’t start that way. I wasn’t sitting around watching The Beatles on Ed Sullivan drinking a six-pack. It’s all very organic. You have to get back to that place where it’s about the music, about life. Sobriety has had an enormous impact.

What is the dynamic like for the band right now?

I’d say the dynamic is pretty darn good right now. We’ve had so many ups and downs in this band. I think we’ve come to realize that nothing’s ever gonna change. We’re always gonna be doing it until we can’t do it anymore. We take the bumps as they come, and we just keep going, but the dynamic of the band is really good right now. Everybody’s having a great time and looking forward to this album finally getting out. It’s been a bit of a nightmare actually getting it out there. It was actually supposed to be out already, but we’ve had some issues with our whole marketing campaign. We were going to be tied to a summer blockbuster film that was coming out. The film went away, and so did our whole marketing campaign. We’re just itching for people to get their hands on it, hear it, and see what they think about it.

Jack Douglas, Steven Tyler, Joe Perry, and Marti Frederiksen produced Music from Another Dimension! Jack Douglas previously produced Aerosmith’s Get Your Wings, Toys in the Attic, Rocks, Draw the Line, Rock in a Hard Place and the blues cover album Honkin’ on Bobo 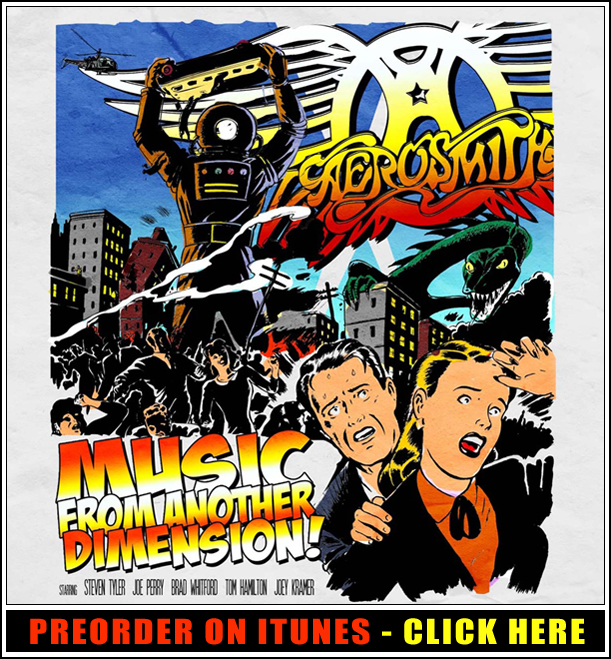 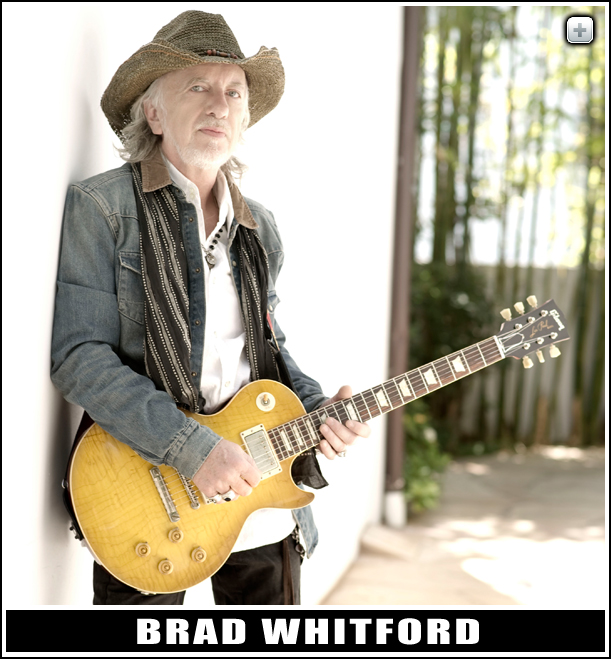 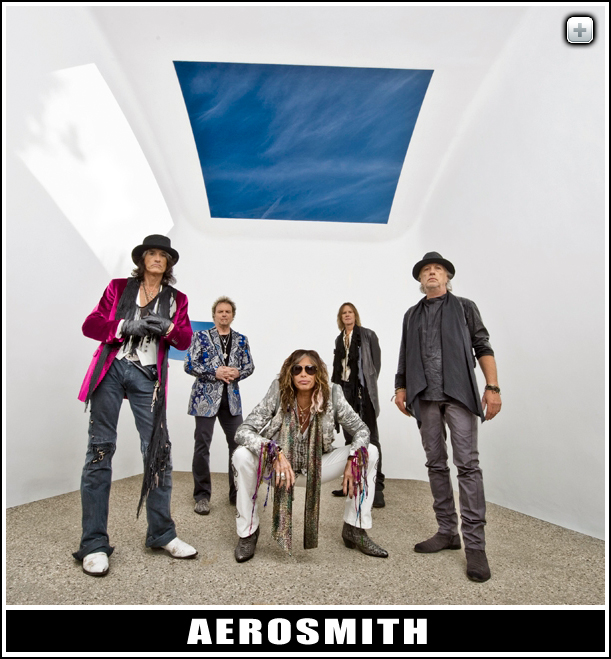 Music from Another Dimension!
Available November 6, 2012 exclusively in Wal-Mart.
Pre-order the album at iTunes and Amazon.com.
“Global Warming Tour” Tickets are currently available at ticketmaster.com. 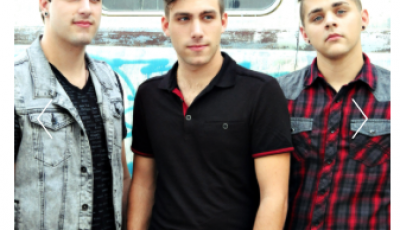 From Performing on America’s Got Talent, To The Vans Warped Tour to Playing Shows in Russia, the Band REVERSE ORDER Are Seasoned Musicians! 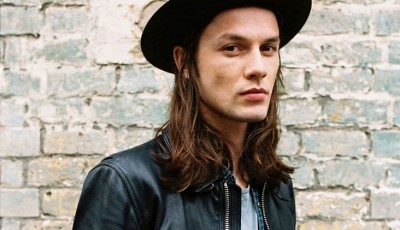