An interview at Austin’s famous South by Southwest Festival.

Describe your sound to new listeners.

“Our music is best described as pop with some rock and a little punk on top.”

What one song best represents your sound?

“We think “Chemistry” is the best representation of our sound followed closely by “Hipster Queen,” which captures our tongue in cheek attitude.”

How do you leave your mark with new fans?

“We are all about the music and so we hope that our songs are the hook that captures our fans.”

How does your style add to your overall image?

“First of all, we want to look cohesive and not like a group of guys that accidentally showed up to play together.   We picked a style that is casual with a little bit of sophistication but that also let’s us express our individuality.   We also like to occasionally throw in some humor with our t-shirts or hats.”

What lessons have you learned from being at SXSW?

“SXSW was a huge experience since it was the first time for all of us.  We performed five times which left little time for exploring.  Next time, we’ll try for a schedule that allows us to hear more of the other artists and enjoy their music.”

If you could bring any two bands along, who would go on tour with you?

“There are so many great bands right now but if I had to pick two, it would be Bleachers and Royal Blood.”

How do you utilize social media to help your career?

“We have a very active social media effort.   We use Twitter, YouTube, Instagram and Facebook to connect with our fans and keep them updated on our performance schedule as well as on our activities, such as the recent release of our Game of Thrones/Taylor Swift parody video ‘Jon Snow.'”

Describe the very first show you ever played.  (Where was it and how did it go?)

“I was thirteen and on vacation with my family in the Caribbean, I took my acoustic guitar to a local watering hole, The Lagoon Saloon.  I played a cover of The Venture’s ‘Wipeout’ and the audience sent me drinks which, of course, I was not allowed to consume. ”

Where do you see your band in five years?

“We are going to keep making great music and performing for our fans and hopefully, we’ll be able to fill some stadiums in five years.” 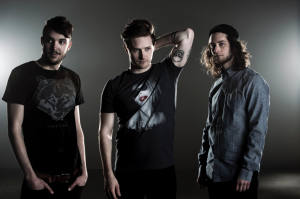 All Access Exclusive South By So What?! interview with Chelsea Grin