“So, 2.0, what it did is it got me really, really excited about music again. It got me into playing guitar like three, four hours a day. I just love singing it. My voice is in top shape. I got excited about it, and now I’ve got music running through my head. The best is yet to come.”

Aldo Nova has been out of the public eye for roughly three decades. The Montreal, Canada native first caught the public’s eyes and ears when he delivered his 1982 ten-track self-titled debut album, featuring the radio and MTV staple single “Fantasy.” The song’s accompanying music video, replete with Nova emerging from a helicopter adorned in a skin-tight leopard-print outfit, became one of the burgeoning network’s first heavy-rotation clips. And then seemingly in a flash, fantasy became reality and Nova hung up his leopard-print outfit, picked up a pen and began writing hits for artists as diverse as Celine Dion, Faith Hill and Jon Bon Jovi.

The dictionary definition of a nova is “a star showing a sudden large increase in brightness and then slowly returning to its original state over a few months.” It’s taken Aldo Nova a few decades to return to his original state of professional, sudden large increase in brightness with the upcoming release of his new album simply titled  2.0. Available now, the seven-song set features reinventions of six songs off his self-titled debut album, plus one new original, “I’m a Survivor.” 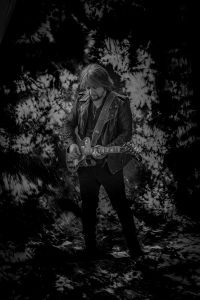 Good morning Aldo, how are you?

Hi Jim, how are you?

Great, Aldo. It’s the first time I’ve had the pleasure of speaking with you.

I wouldn’t be surprised because I’m like a groundhog that sticks its head out every third year.

Well, that leads me to my opening and broad question to start our conversation. You have been out of the spotlight for decades now, and since we last heard from you, how is life? Fantasy, or otherwise.

Life is very good. It’s been a long journey in the last 27 years. It certainly hasn’t been boring. A lot of stuff has been going on. We got a lot of stories that led me up to this and my new album 2.0. I’m really happy. I’m at a great point in my life, so I’m happy about that. I’ve been pretty active with other artists, writing.

Well, we have a brand new set of songs we wanna focus on today, and I know you, too. So, I turned 60 earlier this year and I understand that when you did a few years back you realized that you wanted to, and I’m quoting you here, “Shut the book and write a completely new book.”

Yeah, at first I thought I was just gonna kinda like just turn the page, and then I realized I was gonna have to shut the old book and start a new book. On April 1st, 2017 it was gonna be the 35th anniversary of my first album, which for me was a major landmark. That’s what put me on the map. With most bands – actually all bands – when they hit a landmark all they do is remaster and they repackage with new pictures, and stuff like that. And that’s what I heard that Sony was gonna do. What I asked myself was what would really be special that I could do to celebrate my landmark, my 35 years in the business. What would my fans appreciate? What would new fans appreciate? And that’s when I got the idea for 2.0. Keep the innocence of the initial album because there was something beautiful about that album. And bring it into the 21st century, which is what I think I did. I started with the hardest song. I said, if I can do “Fantasy” and get excited about that, and get people excited about “Fantasy,” well then I’m gonna be on to something. So, that’s how the album came about.

The fact is that the first record still exists, and it’s great in its own right. It’s a landmark record. And I’m trying to fix something that’s not broken. And some fans will be happy that I did new versions and some fans will hate it. But when you hear the seven songs as a whole I think you’ll be quite pleased. I’m sure that the fans, whether they’re old or new, will be quite happy with the results.

Well let me ask you about a couple specific tracks on 2.0. I wanted to start with “Can’t Stop Lovin’ You.” I’ve gotta imagine that rerecording the chorus for that song must’ve been emotional in light of the fact that your wife was battling cancer, and sadly passed away right after finishing the record. Talk to me a little bit about that song, “Can’t Stop Lovin’ You.”

It’s not a sad song. It’s a joyous song for me. It’s an affirmation of my love for her. This record is not about crying and it’s not about tears. It’s a celebration of my wife’s life. It’s a legacy of her work. She worked a lot on this record and she helped me out in the production and the arrangements and singing “Can’t Stop Lovin’ You” was more an affirmation of my love for her. It wasn’t sad. It wasn’t hard to sing. It flowed. Like I said, this album is a celebration of both our lives together and her life. 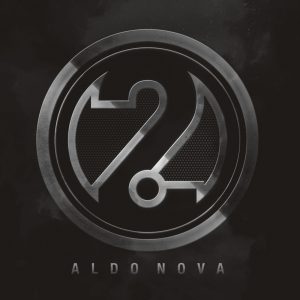 You mentioned the one new song on the album, “I’m a Survivor.” I pulled this line here that I heard that kept coming back to me: “With my head held high and my feet on the ground I grow stronger cause I’m a survivor.” That to me seems to be on the other end of the emotional spectrum, as opposed to “Can’t Stop Lovin’ You.” Tell me a little bit about that one.

It was written in 2009 for Lou Gramm, the singer of Foreigner – the ex-singer of Foreigner. It was completely different from my version, because my version is completely autobiographical. And it basically laid on a hard drive until 2012 when my wife heard it and she said it’s a great song. I rewrote the lyrics. It’s also for a lot of people. A lot of people have a hard life. I didn’t have an easy life, I can say that. And now I consider myself to be reborn because this album to me is not a comeback in the least. It’s a rebirth. You know, I’m a survivor. And a lot of people can relate to that. I tend to write from experience. I’m a nonfiction writer. Everything that I write about I’ve lived.

Yeah. So, Aldo, aside from obviously celebrating the anniversary of the self-titled album, at some point did you consider writing a completely new set of songs?

I was writing for different artists over the years, and then in 2008 I made a conscious decision to not write for anybody anymore or work with anybody anymore and concentrate on my own project. I had an idea to do a rock opera called “Spaceman” that I finished February 15, 2016. That was almost gonna get done on a big type of a Cirque du Soleil production, and that’s just been put on the rocks for a while. I’m certainly not dry. 2.0, what it did is it got me really, really excited about music again. It got me into playing guitar like three, four hours a day. I just love singing it. My voice is in top shape. I got excited about it, and now I’ve got music running through my head. The best is yet to come.

That’s good to hear. You mentioned just a little bit ago characters and storylines. Someone told me that you’re a big comic book fan.

I’m a great comic book fan. I’ve been collecting comics since they were ten cents, and I still have all those. Like I have 75,000 comics. I have an enclosure in the back which is made to house the comics. Like, I’m in geek mode, you know, where I put them with the cardboards and the plastic bags, and yeah, I love comic books.

Listening to you talk about your comic books reminded me of me and my album collection.

Vinyl? You have vinyl?

Vinyl, yes sir, of course. I have everything alphabetized, categorized and everything in its sleeves and all that stuff.

I love vinyl records because when I was a kid I mean I used to live to read the credits on the album. Who did the artwork. Who mastered it. Who engineered it. Who played on it. I was just like a sponge. I couldn’t get enough of it. I mean all that stuff was quality. We had more quality. Now it’s like quantity. Those records are made to last a long time. My son who’s 20, he’s discovering all those bands like Led Zeppelin and Free. He’s discovering the music that we had that was current on the radio. Now I think that kids are starting to appreciate more of that quality stuff. Hence the popularity of Greta Van Fleet because they’re bringing back a sound that they like, you know what I mean? 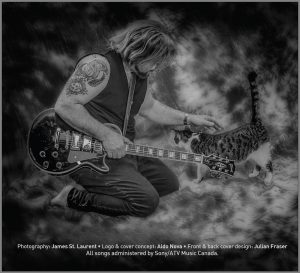 Absolutely. Just a couple more questions for you, Aldo, and again thank you for your time. I appreciate it very much. In your mind who is the so-called target demo for 2.0?

The target demo for 2.0 could be the old fans. It could be all new fans because 2.0 doesn’t sound like anything. You know, the first album didn’t sound like anything, either. It was a mishmash, a melting pot of all these musical styles that I’d learned in clubs. And all these bands that I liked, whether it be Bad Company, or Hendrix or REO (Speedwagon). I put all that stuff together and made a first album and developed my own sound. 2.0 takes that, takes it for me a step further and brings it to the realm of what younger kids will like.

Final question for you, and I think you mentioned it earlier in the conversation. Any talk of touring to promote the album?

Oh, yeah, I definitely want to tour. I’m in the process of getting that organized now. I’ve already got an amazing band together and so we’re rehearsing, and I’m practicing every day. Like I said I practice guitar four hours in the morning. I work out. I’m in the best shape I’ve been in my life and I owe it to the people that come see me to not be in a walker weighing 300 pounds. Yeah, I definitely want to tour. I’m ready to destroy the audiences.

Fantastic. Well, we’ll look forward to that, for sure. It’s been a real pleasure. Thank you for your time.

Thank you very much, Jim.

STEALTH Talks About His Forthcoming EP, ‘Chorus’ and Much More!

An Interview With the UK Singer-Songwriter, GEORGE TAYLOR! 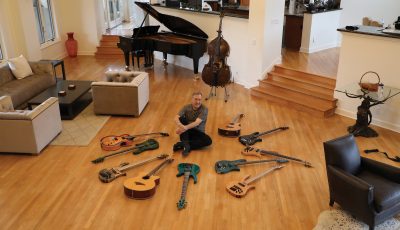 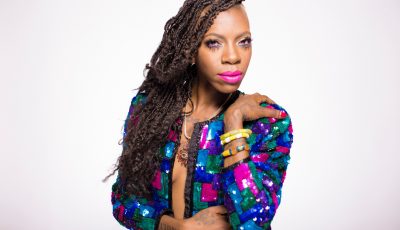 An Interview With the Punk Empress of African Rock, COLE WILLIAMS!