The semi-secretive creative space in downtown Los Angeles called Dilettante hosted a NO listening party on Friday, February 7th. The six-piece band will be releasing their debut album, El Prado, on February 18th so it really did feel like a musical sneak peek. 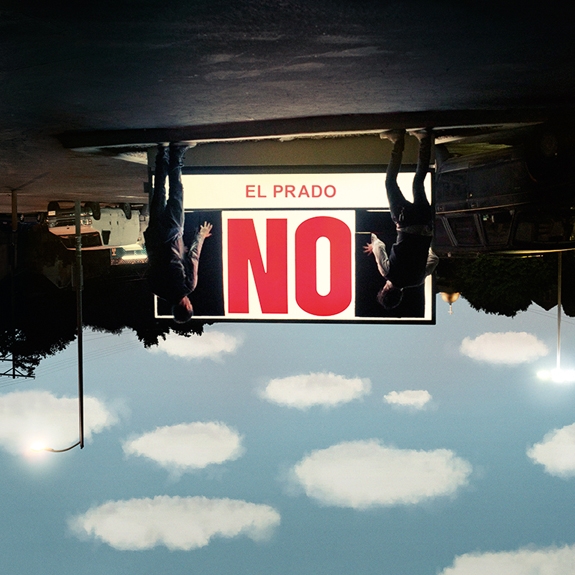 I was pleasantly surprised when we were asked to sit on the carpet and the large colorful throw pillows to enjoy NO’s set. Never before have I enjoyed music in such an intimate setting. It was as if we were in a friend’s living room with our own private band playing for us.

With comparisons to The National, NO builds dark beautiful sound-scapes. As soon as their short acoustic set began, I was immediately captured by the lead singer Bradley Hanan Carter’s sonorous voice. It seems to almost float above the ground, keeping the songs tied to earth, but still implying the vastness of the horizon. Their music is powerful and emotional, yet doesn’t exhaust the listener either. Each song seems so well crafted with dark moments but also lush as well. Indeed, NO’s sound are perfectly suited for overcast skies and rain-soaked urban lands. 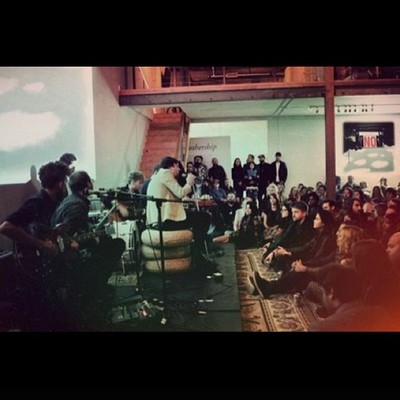 Sadly, they only played 4 songs and the standout track for me was “Stay With Me.” Despite the lyrics, the track feels uplifting and affirming. It is hauntingly romantic and melancholy.

You heard it here first, NO are set to break as a buzz band in 2014 on the strength of their debut album, El Prado. The sextet has struck a fantastic formula that speaks to the hopeless and the eternal romantics of the world. 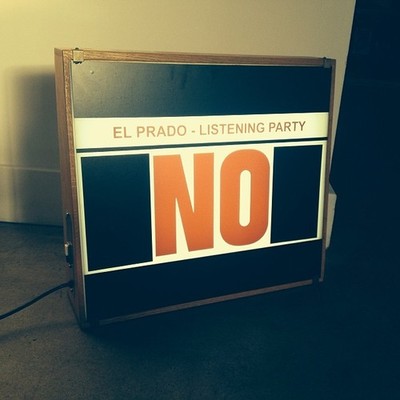 An Unforgettable Night of Music at Downtown LA’s Walt Disney Concert Hall Thanks to the Los Angeles Philharmonic and Musician GLEN HANSARD!