A Look At The Deeper Side Of Drake In CBC Exclusive

We’d like to wish Young Money Records recording star Drake a Happy belated birthday. On Thursday the “Hold On We’re Going Home” singer turned 27. He’s got plenty to be happy about too. Since releasing his album Nothing Was The Same in September, it has debuted at number 1, and quickly garnered a mass wave of acclaim that has sustained him as a stand out talent setting the current standard for the Hip Hop genre.

We’ve watched his career develop since his mixtape So Far Gone helped usher him into the mainstream, and Young Money Entertainment began promoting him as their next big star. Now, three albums deep, it’s clear why YMCMB pushed him so hard. He’s a poetic artist with a much deeper agenda than first impressions may have indicated.

We first got wind of this depth when we were moved by his highly personal MTV documentary special Better Than Good Enough that aired on June 23rd, 2010. After watching the doc, which delicately revealed to the world that his production partner Noah “40” Shebib has Multiple Sclerosis, we knew there was a depth to him that was much richer than the original image he cultivated in his “Best I Ever Had” music video. Now in a recent CBC excusive interview with Jian Ghomesi, Drake opens up again. It is a layered, uncut, talk that goes on for over an hour. That being said, true fans like us will love to see it. Take a coffee break, kick back, and watch Drake’s chat by clicking here. Enjoy!

Share / Pre-Order The Beatles On Air – Live at the BBC, Volume 2! 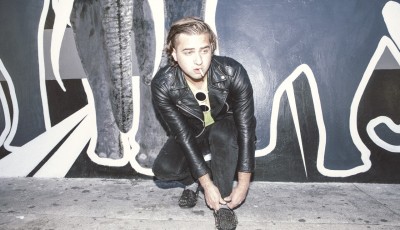 Listen As LA-Based Alt Artist, RAW FABRICS AKA Jack Bruno Discusses His Latest Music and How It’s Helped Him Overcome Addiction and Be At Peace