Not to be discouraged by the ridiculous hot summer night, fans of alternative hip-hop ventured out to see one of the genre’s premiere names, Talib Kweli, perform at Sonos Studio in West Los Angeles. 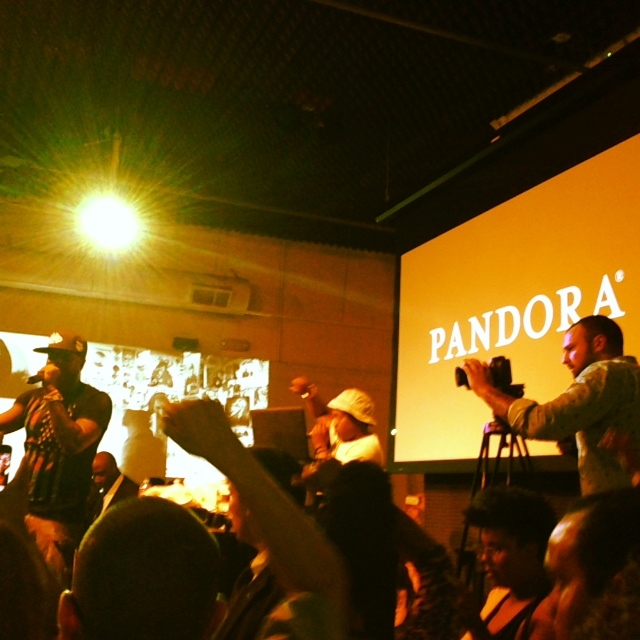 Yes, Talib Kweli made a stop in Los Angeles for a very special (and private) performance on September 5th at Sonos Studio. The event was presented by Pandora in conjunction with Sonos. Talib Kweli is currently working on his new record with Q-Tip and this forthcoming album, entitled, Gravitas, is slated for release in early 2014.

Despite the packed house which inevitably made it feel like a sauna, Talib Kweli’s stage presence was palpable. He played a lot of familiar tracks, like “The Blast,” “Hot Thang” and “Get By,” but also teased the crowd with samplings from his newer album. Right away, I noticed that he didn’t rely on clichéd call-and-response chants or hype-men to hold the audience’s attention, instead he relies on raw emceeing. Talib rattled off a series of dizzying rhymes that flowed into samples and beats. I was impressed with how well-versed in his songs, the audience was throughout the show. They kept up with his rhymes and sang loudly to every word, that was until he broke into lightning speed rapping no one could keep up with. Of course, everyone followed every prompt of “throw your hands up” and “wave ‘em from side to side.”

By the time Talib Kweli closed out the show with the crowd-pleasing “Get By,” he had conclusively demonstrated that his brand of old-school-inflected New York rap is built to last, no matter what trends come and go. His set really did feel more like a dance party than a rap show. With wordplay that’s second-to-none, a diverse beat selection and a natural flow, Kweli’s music is guilt-free hip-hop at its finest. 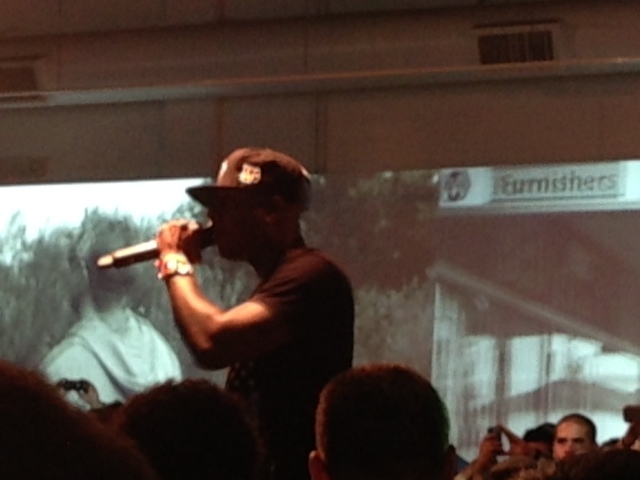